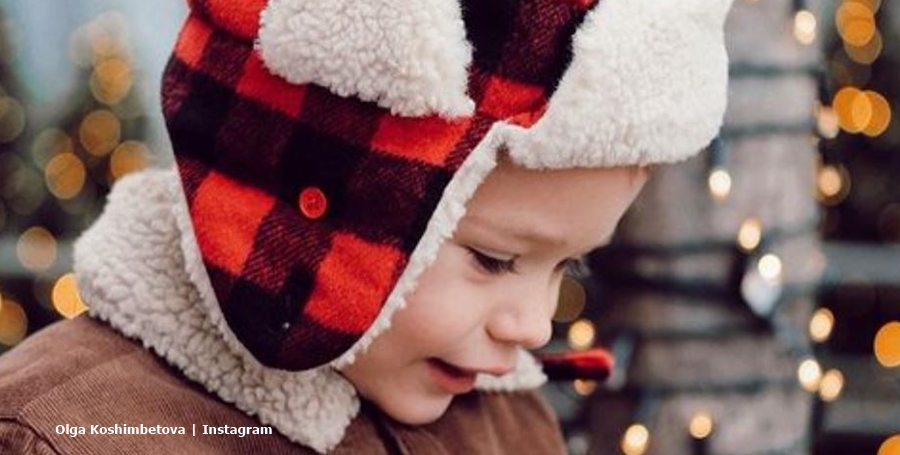 Olga Koshimbetova shares lots of photos and video clips of her son Alex Richie. But fans don’t see all of them. So, when a fan asked for something they never saw before, the 90 Day Fiance star shared one that really looks too cute. Plus, at Christmas, she shared some amazing photos of her little boy and updated fans on some facts about him.

We reported that this New Year, Olga made some resolutions. Furthermore, she set herself one major goal. She hopes to build up a nice big portfolio of great photos. And she hopes for some collaboration from like-minded people. Actually, for a long time now, she worked towards learning to photoshop properly. And some of her photos look amazing, fans think. In this article, you can find one photo she took that nobody ever saw before.

US Weekly reported that Olga Koshimbetova and Steven Frend divorced after a year of marriage. So, they co-parent Alex Richie. It’s not clear how Olga supports herself these days unless Steven does. That might be a part of his application for the 90 Day Fiance star’s K1-Visa. But certainly, she looks likely to one day earn money for herself if she keeps on delivering such amazing photos of her son.

The cute photo of Alex Richie

The photo of Alex came in Olga’s Q&A. But 90 Day The Melanated Way screenshot it and shared it with their fans. In the photo, Olga’s son sat on a ride-on toy motorcycle. He even wore a tiny little leather jacket like the big bikers wear. Fans loved the photo and many of them commented about Alex.

One of them wrote, “He’s the perfect combination of both of his parents. Cute.”

Then, another 90 Day Fiance fan noted, “Awww, so adorable.”

One of Olga Koshimbetova’s fans noticed that Alex inherited the best looks from both his parents.

In a post on Sunday, Olga shared more photos of Alex. he looked very cute all dressed up for winter, in a Christmas scene. Fans loved those photos as well. In her caption, the 90 Day Fiance star reminded fans about a few facts. She said that his real full name is “Richie Aleksandr Frend.” Plus, for some unknown reason, he absolutely “loves broccoli and carrots.”

Olga Koshimbetica told her fans that her son said the word “papa” first, and later, he said “mama.” And, the first time he spoke English, he said the word “candy.” Nowadays, Alex speaks Russian and English, which is very useful. Olga also said he turns three-years-old in a few months And, he loves showing his appreciation by giving a thumbs-up sign.