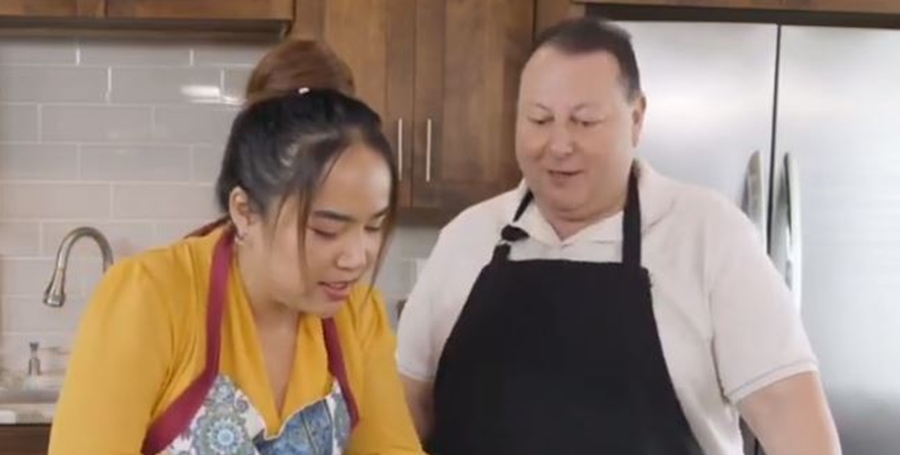 Annie and David Toborowsky sent out a happy and hopeful message at New Year. It came a week or so after she and David returned from burying his dad. Now, as her humor and general love for life return, David declared they now got the baby they always wanted.

In her fun New Year post, Annie Suwan called herself a “Cactus princess.” And, 90 Day Fiance fans hoped it showed that the couple felt some “easing of the grief from his dad passing away.” She looked stunning in her dress, but David was absent from the photo. So, perhaps she does everything she can to help him feel less pain as he starts the New year without his dad. Now, David joked about how they finally got the baby they always wanted.

ET reported that David said that what you see is what you get when you see them on Pillow Talk. But they don’t live a totally blissful life all the time. In fact, he spoke about how, like other couples, they also have their big fights. And in fact, their biggest one came over something as mundane as to which place she wanted to go shopping at. But, it seems that Annie And David bounce back fairly quickly, judging by David’s latest post.

The baby they always wanted

David took to his Instagram on January 6. He shared a photo of Annie with a giant teddy bear. In his caption, he wrote, “Annie said she wanted a  baby. Well, today we took our new baby home. We are still trying to decide on a name for him. Any suggestions?”

Plenty of suggestions rolled in from their many 90 Day Fiance fans. These came with some humor and included:

It certainly looks like the fans seem rather unhelpful as hundreds more suggestions came in. For now, fans just need to wait and see which one Annie and David choose. No doubt, the giant teddy takes pride of place in their home. Maybe fans see him on their cooking show!

While David and Annie sometimes speak about making their own baby, it seems they’re not actually all that serious. US Weekly reported that Annie said, “It would be awesome if we have [kids], but right now that’s not going to be a serious conversation for us anymore.”

And David quipped that if they did, they’d name the baby “Jesus.” Bear in mind he once had a vasectomy. So it would involve a roll-back medical procedure. And even then, it might not happen. So for now, it looks like they make do with the teddy bear. And, maybe they will actually call it Jesus!