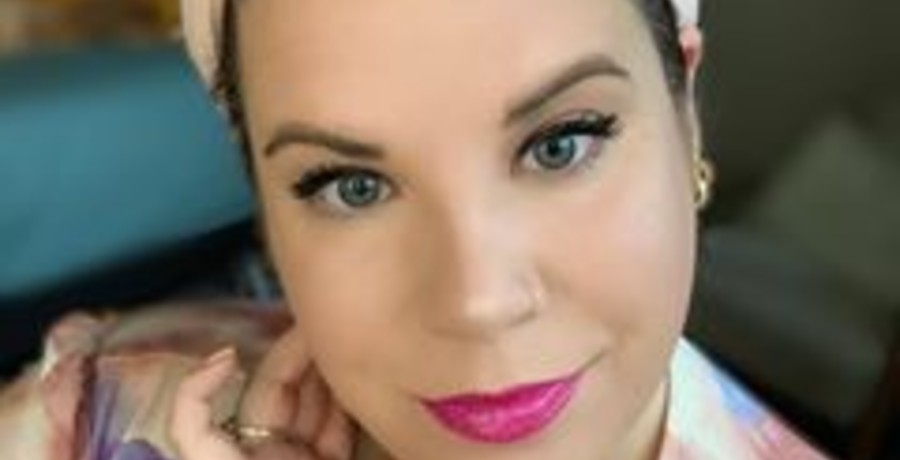 My Big Fat Fabulous Life star Whitney Way Thore had a very hard year. Is she finally over the rough break up, or is she still living in the past? Well, a simple message on Whitney’s Instagram page makes fans believe that she’s ready to forget about Chase and their failed engagement.

Whitney Way Thore is shaking off 2020

Last year fans watched an emotional breakup between Whitney and her now-ex Chase Severino. He admitted to cheating on Whitney, which in effect resulted in the other woman becoming pregnant. He then told Whitney that he was in love with this other anonymous woman, and was moving one with his new family and a new life without her.” Chase and I are no longer engaged,” she shared on Instagram. “After experiencing a lot of ups and downs and still living apart, Chase reconnected with a woman with whom he has had a long history.” Viewers watched as Whitney dealt with the rollercoaster of emotions that soon followed.

Ultimately some fans made it much worse for Whitney Way Thore

Though most fans were very supportive some took to the internet to accuse Whitney and Chase of having a fake relationship. “It’s really disheartening to me that every relationship I’ve ever been in that’s been public, people have said this. This is nothing new,” the reality show personality t 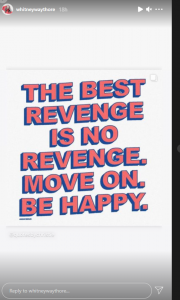 old E! News in an exclusive interview. She explained, “I read about myself online all the time. People actually say that my friends are paid actors or that nobody could really like me, so obviously they must be getting a big benefit from it.”

The bar manager also interviewed with People to let viewers know how his feelings. Stating, “I have nothing but love and respect for Whitney and our time together. Thank you for always supporting us. As we now go our separate ways, I ask for privacy for Whitney, myself, and the mother of my child who wishes to remain anonymous.”. Chase later posted that his daughter was born and he was looking forward to being a father.

Has Whitney Way Thore finally ready to move on?

Though 2020 was rough for the TLC show star it does seem that she is ready to put the past behind her. Hinting to fans that she’s moving on and is no longer focusing on her past. Whitney posted this simple message on her Instagram stories. “The best revenge is no revenge. Move on. Be happy”.  A short but sweet message that tells friends and family that she’s finally over her ex-fiance.

Be sure to stay tuned to TV Shows Ace for more updates on Whitney Way Thore and My Big Fat Fabulous Life.