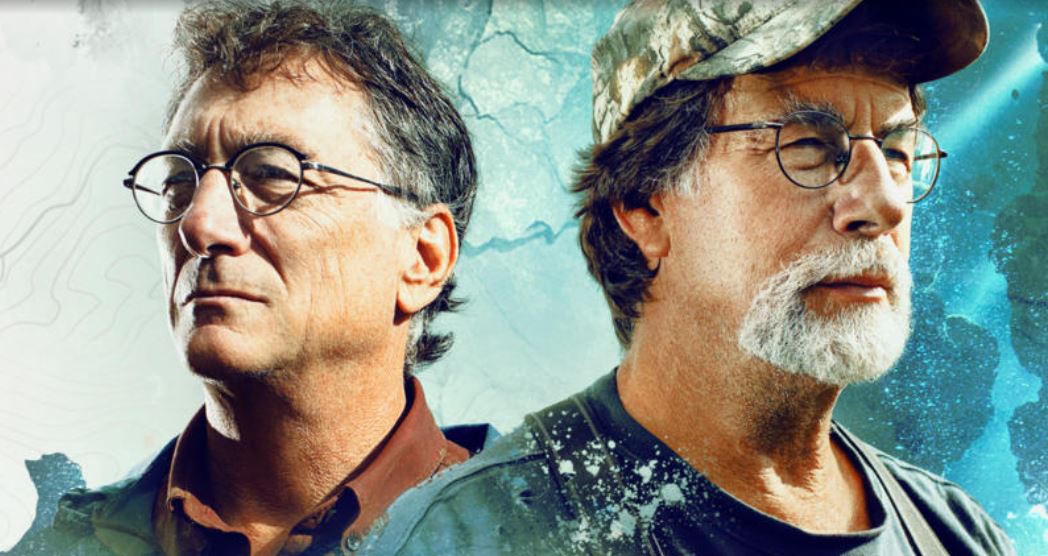 Gary’s find from last week is actually going to dazzle the believers. The episode is titled Escape From Monkey Island, and in it the wood timbers slip way turns out to be a great find as this episode continues the swamp dig that Gary and Peter discovered in the previous episode.

A hidden path is also uncovered and historic secrets are revealed.

Tonight, Rock, Paper, Serpents is the episodic title as further excavation discovers more tangible proof that the stone structure in the swamp could be a roadway, and analysis of the serpent mound has it dating back to the Templars.

This fact has ignited the Curse of Oak Island team who believes that it may be one of the most important features ever discovered in North America.

Episode High on the Bog aired before Christmas, and the war room was abuzz as Rick praised Erin’s sleuthing and all the team as the video conference was a hash over the “turnaround moment” as Erin’s theory about Zena Halpern’s map proved to bear fruit.

Erin shared a theory based on Zena Halpern’s old map, where boulders might have been strategically placed as markers.

The team checked and confirmed the GPS coordinates and historian Doug Crowell and the Laginas were stoked about the findings. This is now a new search for a vault not to be found in the money pit, but elsewhere.

Erin has focused now on Zena Halpern’s La Formule cypher, which first debuted in 2016 with academics trying to decode it. The angles head northwest from the money pit up through the corridor to a chamber. Erin posits Zena’s map has been pointing to the vault all along.

On this episode we also had a little recovered coin chat with Doug, Craig, Gary and the Laginas, and learned that the Chinese really did not travel and kept to themselves, unlike the Vikings, English, Spanish and Portuguese. The coin was deemed a “Chinese cash coin” and was dated to 400BC to 900 AD.

The plot thickens as just like the other ancient finds like the 14th century lead cross, was this coin dropped by an explorer, or left by ancient peoples who traveled from the east?

Terry, Steve and Brennan were working out in the field and filled in Rick Lagina on the new drilling spot. The guys examined the drill core sample and Rick told them to keep their minds open to any possibilities.

Also on that last episode, Gary and Peter were canvassing the swamp and hit a bit of luck with a structural piece of wood that turned into a real find.

They called in Laird, Alex and Rick to examine the timbers and new feature near the money pit. Laird posited it was a slip way, or even a ship’s wharf. Rick thinks it looks like a slip way and found it all very interesting. Alex called Marty and they hashed over the best plan of action to unearth the timbers and find the source setting off the metal detectors.

Back to the war room

The swamp has some answers according to the Laginas. The last episode ended with the meeting of all the team to discuss the new finds, especially the slip way structure and the identifying of the coin.

Rick asked Laird to explain it all. Marty is impatient and wants to see the structure whole and out of the muck. A plan is hatched to potentially drain that section of the swamp to find more.

The 225 year old hunt for treasure continues, as they are convinced that people before them who were searching were there for good reason.

The discovery of a possible slipway in the swamp reinforces the team’s eagerness to excavate further, the fellowship is shocked when they learn Zena’s map may have been pointing to the elusive Treasure Vault the entire time.

About the series in season 8

As the world remains gripped by the dangers and challenges of the Covid-19 pandemic, Rick and Marty Lagina, along with their team are back to fire up their unraveling of the 225-year-old Oak Island mystery.

The significant discoveries made last year in areas never previously searched as well as at Smith’s Cove, in the Money Pit and in the triangle-shaped swamp have served as the fuel to keep the all searching.

New metal detecting equipment is applied by Gary Drayton which not only helps the team search for more bobby dazzlers several feet deeper than before, but also identify potential tunnels many meters underground.

The Curse of Oak Island airs Tuesday at 9 PM ET/PT on History Channel.