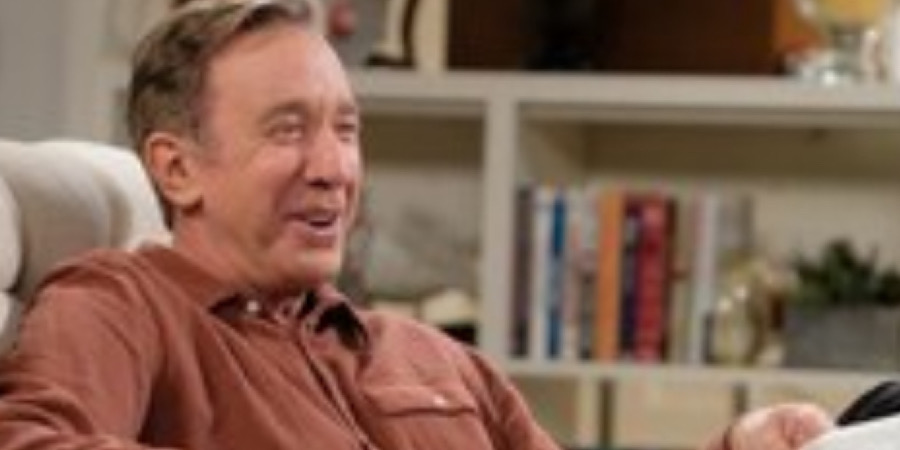 Last season on Last Man Standing, Mandy announced she was pregnant. But, it was Kristin who went into labor in the season finale. She gave birth to baby number two and tonight begins the final season. Actually, it is the beginning of the second final season. Time to say goodbye, once again, to the Baxter family.

Last Man Standing and the Pandemic; Mandy the Nutritionist

Mandy is really nervous about bringing a baby into the world. It’s scary outside and she does not know how to cope. Mike suggests she and Kyle move back in until the world settles down. She thinks this might be the best idea and says she will talk to him about it. They go to Outdoor Man and suddenly, he gets an idea for a vlog. In it, he says he will not shave until the pandemic is over. We see his beard growing and years going by. He makes a joke he can be Santa (Tim Allen starred in The Santa Clause). Eventually, it flashes back to him clean-shaven. The pandemic is gone and they have a reservation at a restaurant. Mandy has a toddler named Sarah so about two years have gone by.

At Outdoor Man, Ed is creating all of these odd drinks for Chuck to try while Mandy has become super into nutrition. She makes her own pudding for her daughter. It is becoming really hard for Vanessa and Mike is seeing an ungrateful Mandy. Mike notes the pandemic took its toll on everyone. They were trapped together for so long. Now, Mandy thinks they should move out. She would rather do that than confront her mom. Mike is still going to talk to his wife, against Mandy’s wishes.

Confronting Vanessa and Letting Mandy Be

Mike talks to Vanessa and she wants to know what he did. He tells her Mandy wants to move out because she thinks her mom is being too helpful. Vanessa believes Mandy is a good mom and should be able to parent the way she wants. She agrees Mandy, Kyle, and Sarah should move out. But, Mike does not like this idea because he promised his daughter he would protect her. This is when Vanessa agrees to be less helpful. At Outdoor Man, Chuck tells Ed he hates happy hour and the blended drinks. They are causing him to break out. It turns out it was Ed’s punishment to Chuck.

Why was Ed punishing him? For quarantine caravaning him on his birthday and other events. Chuck heard older people got lonely during that time so that’s why he organized the drive by’s. Ed reminded him he lives in a mansion with a lake. He is just fine. Ed makes them real drinks because they are not just work buddies, they are friends. At the Baxter home, Mike walks by Mandy tucking Sarah in and hears her singing the family nighttime song. She is also reassuring her daughter there are no monsters under the bed.

Mike and Mandy realize you are never too old to be afraid of monsters and to need someone to scare them away. This is what Mike had been doing for Mandy during the pandemic. Mandy is ready to move out again. It is back to Sunday dinners again.

Last Man Standing will air on its regular night and time, Thursdays at 9:30pm, only on FOX.

Production Spent Tons On ‘Bringing Up Bates’ Before Pulling The Plug
‘1883’ Star Eric Nelson Had To Hide Tears During One Scene
‘Young and the Restless’ Weekly Spoilers: Victor Goes After Ashland Locke
‘Bull’: The Surprising Reason Why The CBS Series Was Canceled
Exclusive: ‘Gold Rush’ Sees Parker Schnabel Get Big Red Ready For Mud Mountain