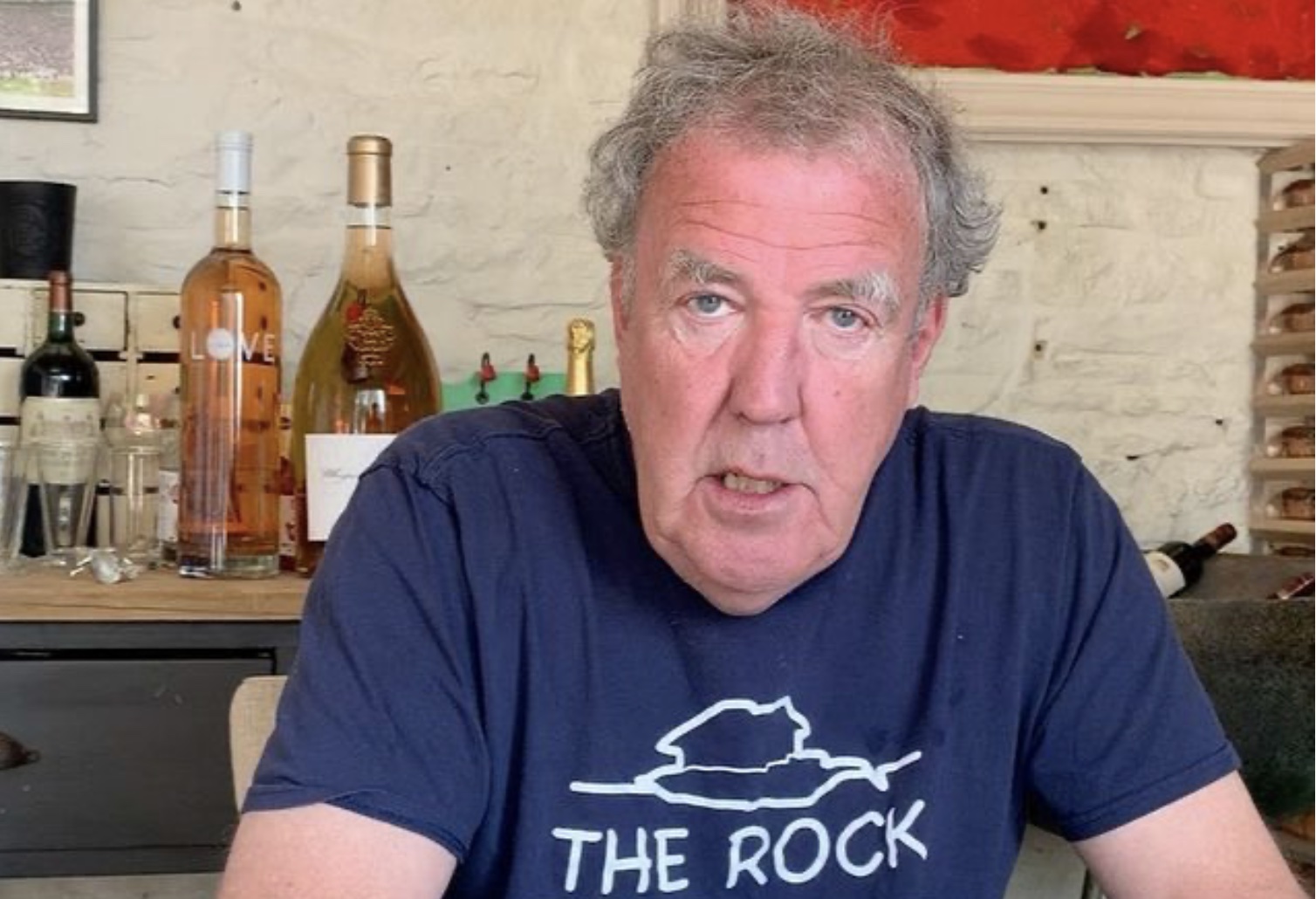 Jeremy Clarkson, star of The Grand Tour, has revealed a Covid-19 diagnosis. On Saturday, he made the shocking announcement. How is he doing, and what did he reveal is his greatest fear?

On Saturday, The London Times published a column written by The Grand Tour star Jeremy Clarkson. He revealed that he was diagnosed with Covid-19. This was breaking news. Although his Instagram did include a photo of a used test kit, he did not elaborate. What happened?

Four days before Christmas, the former Top Gear star woke up to “soggy” sheets. In addition, he had a nasty, dry cough. Just like everyone else, he Googled his symptoms. Despite pointing out that there was a laundry list of possible symptoms that could could be the coronavirus, he knew he needed a test. Clarkson realized he could have the dreaded virus.

Although he joked about taking a pregnancy test, he did take a Covid-19 test, and he tested positive. As if that was not chilling enough, the words from his doctor certainly sobered him up. “The doctor was very clear: I’d feel under the weather for between five and 14 days and then I’d either get better or I’d have to go to hospital.”

So, basically he was biding his time. Either he was going to be getting better or he was living his last days on earth. Thankfully, he seems ok right now.

He felt like he was waiting for 'the Grim Reaper to pop his head round the door' https://t.co/4A5Y2dfDoi

The Grand Tour star was very open about his fears. Moreover, Clarkson was especially frightened because he did realize that his age, current health, pre-existing conditions and lifestyle choices were all strikes against him. Thus, he feared that he would die alone, in a makeshift tent. “Where, because I am 60 and fat, and because I’ve smoked half a million cigarettes and had double pneumonia, I’d probably die, on my own, in a lonely plastic tent.”

Jeremy Clarkson also shared why a Covid diagnosis is especially frightening. Despite knowing that a vaccine has been created and there is some hope for the future, right now, there is no cure for Covid. There is no pill or shot that will remove the virus from your body.

“With every illness I’ve had, there has always been a sense that medicine and time would eventually ride to the rescue, but with Covid-19 you have to lie there, on your own, knowing that medicine is not on its way and that time is your worst enemy.”

Since it has only been about 10 days since the diagnosis, Clarkson is not quite out of the woods. But, we can safely assume, he will let fans know how he is doing? So far, he seems to be ok.

The Grand Tour Producer Had Covid

Fans of The Grand Tour may remember that one of “A Massive Hunt” delays was that the show’s longtime producer, Andy Wilman, got Covid in the Spring. Wilman, who has worked with the team for about 25 years, called this the “worst” thing he ever experience.