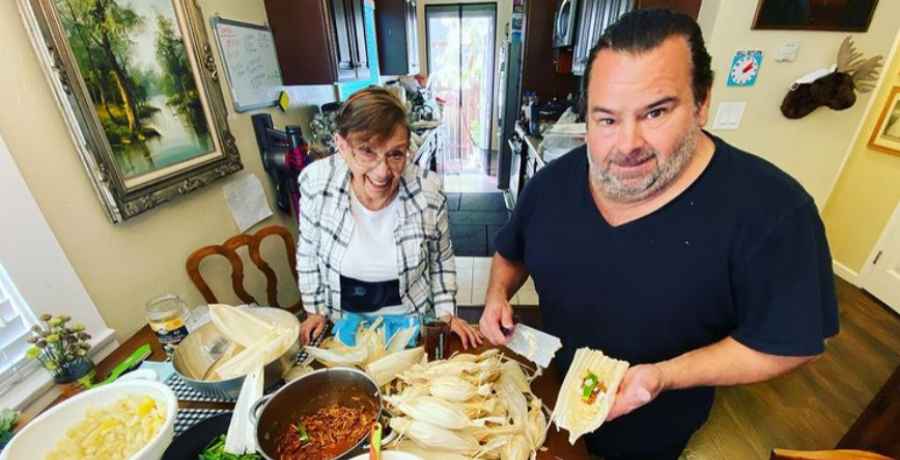 Right from the start, 90 Day Fiance star Big Ed Brown was controversial. He is likely one of the most-hated cast members from the TLC reality show, especially for his treatment of Rosemarie Vega. However, the more Big Ed posts on Instagram, the more hate and teasing he receives. Now he is trying to promote a new diet program, among other things. Intriguingly, looking at his Christmas images and videos, he has a brother who looks like another hated 90 Day Fiance star.

Big Ed Brown appeared on Season 4 of 90 Day Fiance: Before the 90 Days. He got onto the show due to his relationship with his younger Filipina girlfriend, Rosemarie Vega. After a long-distance relationship online, Ed headed to the Philippines to meet his love. However, this turned out to not be a pleasant experience, especially for Rosemarie.

Big Ed criticized Rose’s physical appearance and lifestyle including telling her to shave her legs and brush her teeth. He asked Vega to get an STD test, despite not taking one himself. The controversy continued right through Season 4 of the TLC reality show and, to no one’s surprise, finally ended.

Since then, of course, Rosemarie has been active on Instagram and YouTube, promoting her new and glamorous look. She obviously doesn’t think about Ed at all these days.

Big Ed and his ‘calorie burn’

This weekend, Big Ed once again caused laughter and derision, by posting a selfie on his Instagram. While promoting a new workout regimen, Ed wrote, “Lets go calorie burn.” Knowing Brown as they do, his followers weren’t feeling his healthy lifestyle efforts. One wrote, “Yeah but no matter how much weight he lost he still would waddle and have no neck lmao.” Another suggested plastic surgery, while yet another simply wrote “Ewwww.”

Despite all the hate, some fans do support Big Ed’s efforts at dieting. One also questioned why he has so many haters.

As usual, Big Ed chose to ignore the criticism. Let’s face it, he is used to it. Recently he was mocked for images of himself posing with beautiful women. Followers wanted to know if he paid the women to be his friends.

Big Ed and Christmas with the family

As noted by Screen Rant, it does look like Big Ed had a wonderful Christmas with his family. He shared several images of his mother, brother Roberto and other relatives. Speaking of Ed’s brother, several fans noted a striking resemblance to fellow 90 Day Fiance star Geoffrey Paschel! Have a look below.

On one image of Ed and his bro, one fan outright said that is Geoffrey Paschel from the TLC reality show. However, as Geoffrey was tagged in a comment, he soon responded, saying, no, “that is not me…” Ed also posted a video of his brother Roberto singing in Spanish for his mother, pointing out that he was no longer the favorite son. Catch the video here.

Currently, fans can catch Season 8 of 90 Day Fiance on TLC on Sundays at 8 pm ET.