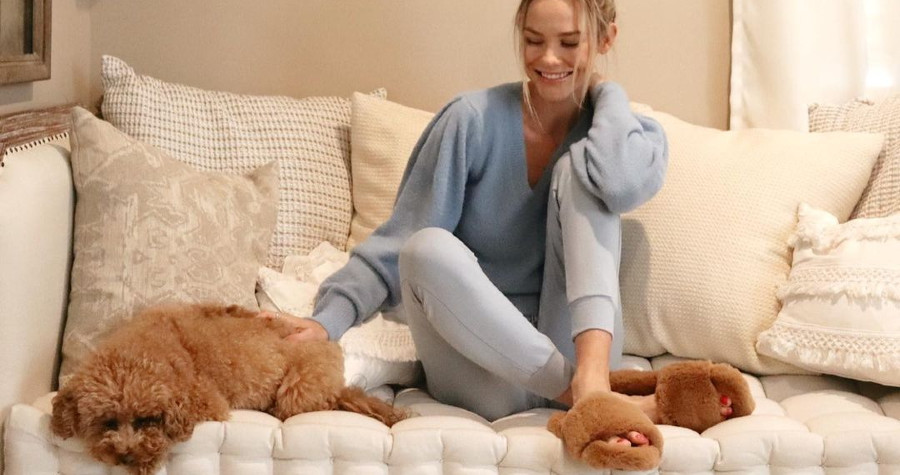 Former Real Housewives of Orange County star Meghan King is going through it. It’s been a little over a year since her estranged husband, Jim Edmonds, filed for divorce. The two are still locked in legal battle over the details of the settlement.

Meghan King recently purchased a home of her own in St. Louis, Missouri. She had been staying in one of her ex’s homes since the split. Even moving out of his home caused friction between the two. He accused her of leaving the house a “pigsty.” King denies the accusation.

In a new Instagram post, she gets brutally honest on how her current situation with the divorce is affecting her.

The RHOC star posted a photo from the bathtub. But she warned fans that it wasn’t “a sexy post.” Fans probably got the idea without her warning. After all, her make-up is smearing under her eyes and a blemish is visible on her forehead.

In the caption, Meghan King admitted to feeling “woe-is-me.” She declined to go into specific detail, but she did have some advice for fans. As she’s said before, “Instagram is smoke and mirrors.” Meaning not everything is as perfect as people portray on social media.

She recommended people unfollow anyone who “makes you feel inadequate.” And she included herself in that category.

While Meghan King doesn’t mention it in the caption, she recently split from her boyfriend, Christian Schauf. The former couple started dating back in May, right in the middle of the pandemic. Once travel restrictions eased, the two met up in his home state of Utah or in surrounding states. They even took an unforgettable road trip to Yellowstone National Park.

However, their relationship didn’t last. They confirmed the split last month, right around what would have been their six-month anniversary.

While she doesn’t mention her ex Christian, the bathtub photo’s caption alludes to her other ex, Jim Edmonds.

It seems that one of the reasons Meghan King is down is because of her divorce. In the caption, she mentions, “divorce and Covid times.” She also wrote “Holidays are hard.”

She had previously shared on her feed that she was splitting the Christmas holidays with her ex. The Blast reports that Aspen, Hart, and Hayes spent Christmas with their dad and his new girlfriend.

While Meghan’s post is a bit of a downer, she gives credit to “sisters and bubble baths and friends” who help her make it through.

Were you surprised Meghan King showed her vulnerable side to her followers? Let us know your thoughts on her bathtub selfie in the comments down below.

She is no longer on RHOC, but the show is currently airing Season 15. The Real Housewives of Orange County airs Wednesdays on Bravo.