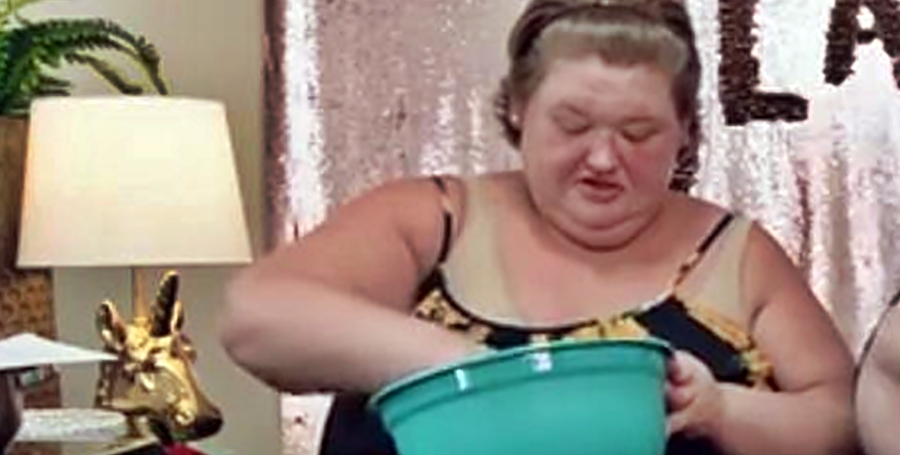 Amy Slaton Halterman and her sister Tammy made some Keto banana bread and soup recently. Fans adored the 1000-LB Sisters in the short clip as they are so funny. Fans giggled about some of the comments on the ingredients. But, Amy might totally put you off greek yogurt.

We reported that when the second season of the show was announced, fans seemed very happy. Bear in mind, before they even started on TLC, they ran their own YouTube. There, they collected a lot of followers who found them very amusing. With the news that they return, many fans hope they see Amy Slaton giving birth to her baby. Recall, last season she married her man. And, she met the target for her weight loss surgery.

Meanwhile, Tammy didn’t fare so well. The 1000-LB Sisters star actually put on weight during the coronavirus quarantine. So, fans worry about her health. Nevertheless, at least a clip that TLC shared recently showed her off oxygen. Amy Slaton Halterman clearly lost a lot of weight since fans last saw her on their screens. And it seems she helps Tammy with her diet. They cooked up a healthy Keto meal together.

Funny 1000-LB Sisters, but Amy might put you off greek yogurt forever

TLC shared the clip on Ingram and captioned it with, “Staying home for the holidays? Try out these Amy and Tammy approved keto recipes.” Plus, the network reminded fans to tune in on January 4 for the second season. Amy told fans they made Keto-friendly food. She mentioned banana bread and broccoli-cheese soup. Well, Amy called out the ingredients, and Tammy weighed them out.

Amy Slaton Halterman sounded pleased that she can eat “baking sodie.” But she told fans “it don’t taste good if you lick it out the box.” Presumably, she tried it at some stages she said it’s “nasty as f–k.” Fans always giggle at these two. And as the cooking preparations continued, Amy gave a few ideas on what she thought the ingredients tasted like. But her comment about greek yogurt took the prize. And it might put you off greek yogurt forever.

When Amy opened up the greek yogurt, the 1000-LB Sisters star said, “Oh my Dod,” as she covered her nose. Then, she said, “it smells like barnacle *ss.” She said it “smells nasty,” and it “tastes nasty.” Then, she noted that it “came right out of a cow’s titty.” And, it makes her “feel sick.” Once she mixed all the ingredients up, even with the yogurt in it, Amy said she wished she could lick out the bowl.

But when she said that, Tammy reminded her about salmonella. No worries, it never “hurt” them as kids, Amy Salton Halterman said. But Tammy told her it hurt them a lot as they are “fat.” No worries, Amy said they might be fat but you can’t blame “salmonella for that.” Anyway, the banter went on throughout their cooking session. And fans adored the humor.

One 1000-LB Sisters fan commented, “I just love y’all & thank you for making me laugh!! Also, I’m super proud of you for learning to take better care of yourselves! 🙌🏼🙌🏼.” And another one wrote, “You guys r so entertaining 💗💗.” Only one fan said they “love greek yogurt.” And those who did might not feel that way anymore. another follower noted, “Eeew I just got put off greek yogurt for life…Barnacle *ss.”

While some fans felt terribly sad that Tammy seemingly put all her weight back on, others loved the funny comments from Amy Slaton Halterman. And, they told the two women they can’t wait for the show to start in January.