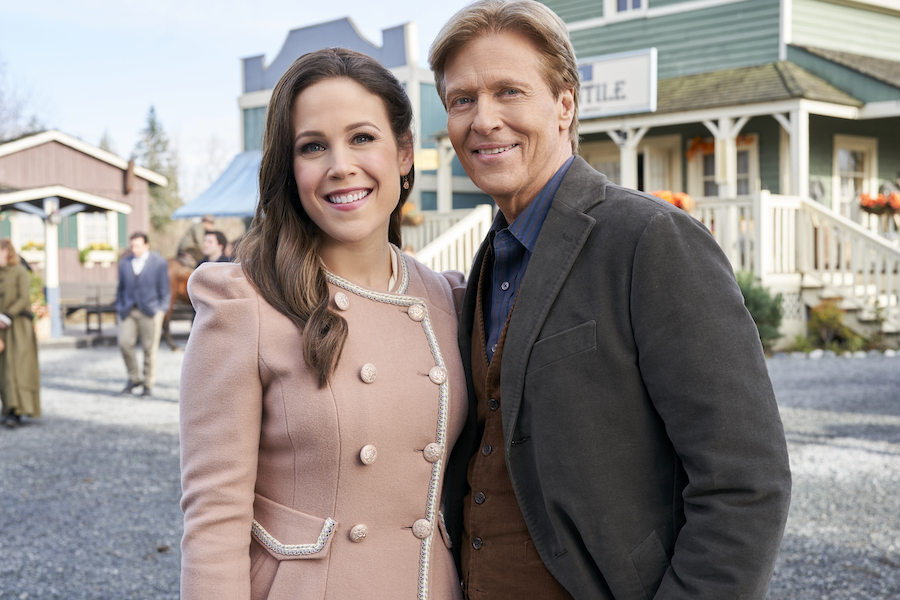 On Christmas Day, hearties got a special preview in lieu of a Christmas movie. Some of the When Calls The Heart cast mates Kevin McGarry, Chris McNally, and Erin Krakow hosted a preview of Season 8. What should Hallmark fans expect?

What Happens In the When Calls The Heart Season 8 Sneak Peek?

According to the When Calls The Heart Season 8 preview clip, Kevin McGarry, resplendent in his red Mountie uniform, started the introduction to sneak peek clip. The actor that plays Nathan in WCTH shared that they have been “working hard” on the upcoming season.

A new family has arrived to the Hope Valley. They are the Canfields. Joseph Canfield’s (Viv Leacock) vehicle stuck on the side of the road. It is not going anywhere fast. Jesse (Aren Buchholz) assets Joseph.

Meanwhile, Elizabeth (Erin Krakow) races past the vehicle, just as Joseph compliments Hope Valley to Jesse. She has seen that an inexperienced rider lost control of their horse! Joseph’s observation, “Lively little town you have here,” seems to show a bit of a rye sense of humor. Jesse is onto him. “Yeah, we try!”

Are the Canfields ready for some action in their new town? Hearties will get to meet the Canfields in Season 8. Besides Joseph, the remaining Canfields include Minnie (Natasha Burnett), and their two children, Angela (Vienna Leacock) and Cooper (Elias Leacock). WCTH is all in the family as they cast Leacock’s two children in these roles.

After the sneak peek, Chris McNally asked, “How was that for a sneak peek?” Of course, When Calls The Heart Season 8 premieres on February 21, 2021.

Where When Calls The Heart Season 7 Left Off

So, where did When Calls The Heart Season 7 leave off? After Elizabeth seemed destined to choose Lucas (McNally), something very sudden happened. A crisis occurred and Elizabeth thought that Nathan (McGarry) had died. So, when she saw him appear, she ran into his arms, giving him a huge hug.

Was this a hint that she cared more for Nathan than for Lucas? Many hearties have long believed that When Calls The Heart is the story of Elizabeth and a Mountie. Is that her direction? Or, will Elizabeth choose Lucas. He pushes her to try new things.

For the past two seasons, this has been a love triangle.

In When Calls The Heart Season 8, Elizabeth finally chooses between Nathan and Lucas. Erin Krakow, who not only stars in the beloved Hallmark series, but is also a co-executive producer. She recently revealed that the stress of not knowing who Elizabeth will choose has caused some hearties be stressed out.
The purpose of Elizabeth finding love is to watch her get courted. Sounds like we will see some major courting in Season 8!
When Calls The Heart Season 8 premieres on Sunday, February 21, 2021, at 8 p.m. Eastern.