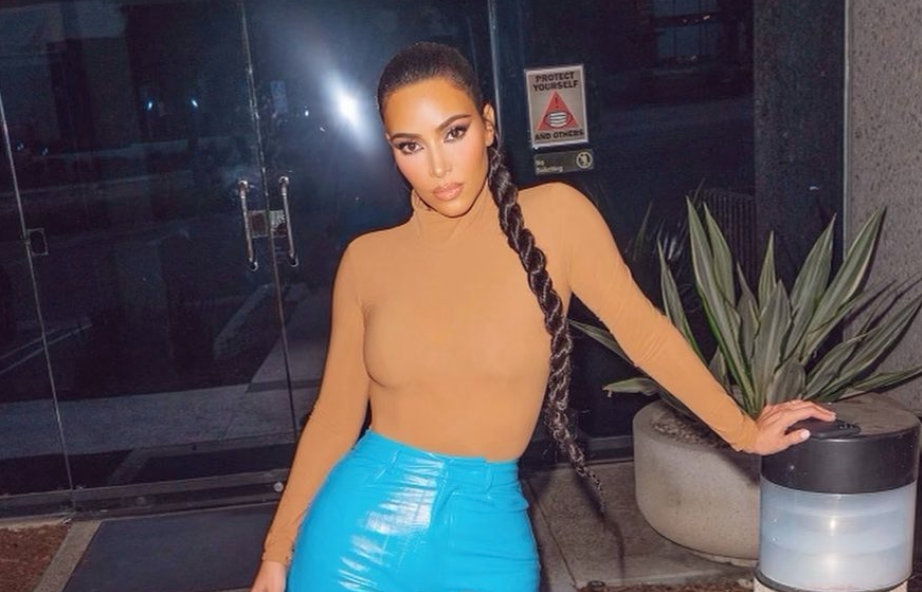 There has been a picture floating around the internet of the Kardashian family. One thing is for sure. It looks like Kourtney Kardashian was photoshopped into it. Now, Kim Kardashian is talking about if that’s true.

On Wednesday, Kim K. posted a family photo. Kourtney Kardashian is in the middle and something seems a little bit off. Of course, fans instantly assumed Kourtney was photoshopped into the image.

“Is it just me or does Kourtney look like a cardboard cut out in this pic?” one person writes in the comments Page Six reveals.

Of course, several others joined in agreeing.

Kim is denying it though saying she really isn’t photoshopped. Apparently, a rep told Page Six that it’s just how the photo looks. They didn’t add the sister in later.

“She was NOT photoshopped in…it’s the lighting, it’s backlit,” the rep reveals.

Lighting can definitely change how images look. However, this seems especially weird that it’s really only affecting Kourtney. Oh well, if Kim says it’s true, then it must be.

“Tahoe w the fam,” the caption on the photo reads.

Other than just Kourtney Kardashian, the photo includes Corey Gamble, Kris Jenner, Kendall Jenner, Khloe Kardashian, Scott Disick, and Kim Kardashian. It looks like Kanye didn’t make it on this trip. Especially because this isn’t the first photo she has posted from the trip. Kanye has been nowhere to be seen. Perhaps it’s because of the couple’s never-ending marital issues.

Kim posted another photo that really got heads turning. The mom of four is showing off her super tiny waist and big booty. She’s wearing some interesting tiger-striped pants, an orange crop top, and a brown puffer coat. On literally anyone else, that outfit would probably look terrible. However, on Kim, it looks great.

She posted two different photos showing both the back and the front of the outfit.

Both look equally great and show off her amazing figure. If anything, fans should be questioning if that one is photoshopped! How did she get her waist to be so tiny?

Do you follow Kim on Instagram? Did you think Kourtney was added to the photo later? Or, do you think Kim Kardashian is telling the truth? Let us know in the comments below.

Come back to TV Shows Ace for more news on your favorite reality TV stars and Kardashian family members.