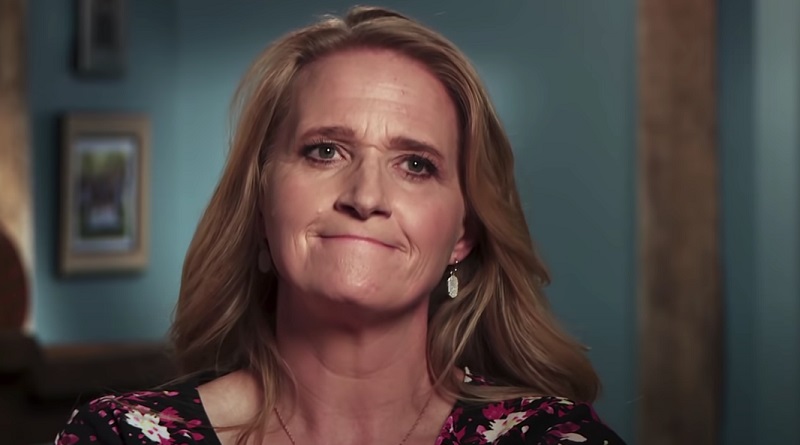 Sister Wives celebrity Christine Brown is normally cheerful to a fault, but she seemed rather glum while whipping up a recipe for her fans. Kody Brown’s “fun wife” recently created another concoction as her viewers followed along during her social media cooking class of sorts.

Sister Wives: Christine Brown Not Her Over-Animated Self?

Ever since this Sister Wives mom gave a money shoutout to fans, her followers believe she’s cash strapped and desperate. A while ago, Christine Brown asked that her potential customers buy her LuLaRoe clothing. She needed a $50,000 co-pay for one of the kids’ medical bills.

While that event has come and gone, it now appears as if she’s on a Christmas kick. Instead of all the nice things that Christmas might bring, this Sister Wives mom talked about what they won’t have. 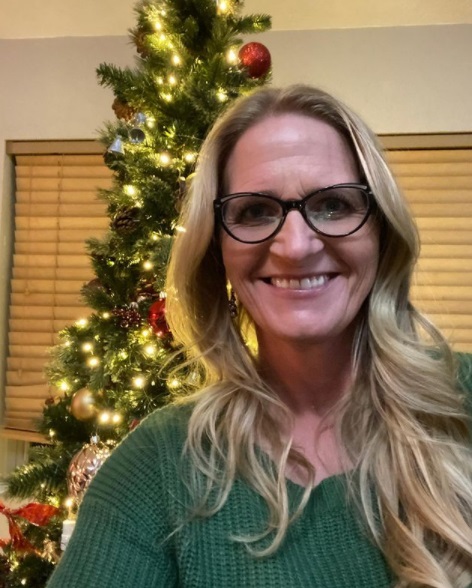 In what sounded more like a bah-humbug tale, Christine’s Christmas will be on the light side this year. It sounds like this includes less gift-giving than in this Sister Wives’ past.

Slim Pickings Under the Christmas Tree?

While five of Christine’s six kids are 17 and older, she still has little Truely, 10, looking forward to Christmas. So, going light on the gift-giving for the older Sister Wives kids is one thing, since they’ve had their childhood holidays.

But Truely is still in that age group where they look like a deer-in-the-headlights once spotting the goods on Christmas morning. 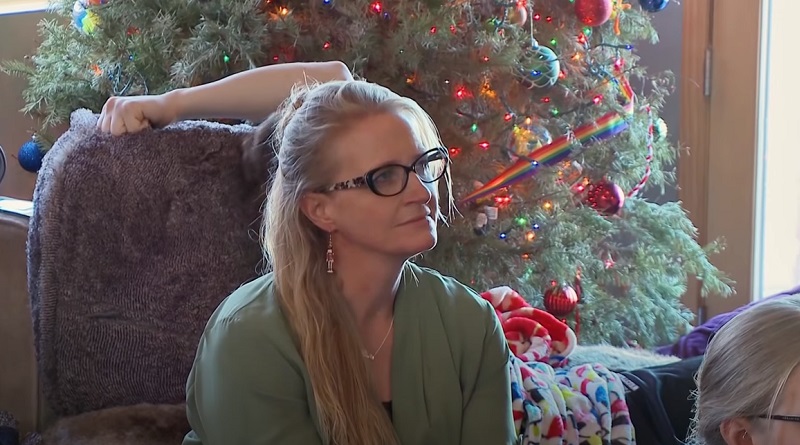 When this Sister Wives mother came out with her Grinch-like plans, fans noticed. They also wanted to know what sparked this gloomy holiday forecast from Christine Brown. She told her fans:

“This year I’m like, you know what, we’re going to do memories and that’s what it’s coming down to.”

“I’m just so over presents so I did not buy a lot this year. Memories, a trip somewhere, that kind of a thing. Because it just gets old, you know.”

When did buying gifts for the people that she loves get old? This is the Sister Wives wife who made even the smallest of holidays like a day at the circus. Christine loves to celebrate, or she did once anyway.

Don’t forget, Christine just doesn’t buy for her biological children. Fans learned from past Sister Wives Christmas episodes that the four mothers usually buy or create 18 gifts for each kid. Check out one of the Sister Wives’ Christmas celebrations below. Make sure to note how young the kids look.

Ever since Christine asked fans for help, her followers believe money is tight for this Sister Wives star. While maybe it is, but other things going on today might bring this mom down as well. Christine Brown isn’t the only person feeling a bit blue this holiday season.

The pandemic set up all kinds of roadblocks for many families who usually get together over the holidays. Kody Brown’s wives kept to their own homes pretty much since this pandemic started, from what reports say.

So, maybe that puts a stop to a big family event for Christmas this year, which is usually something this mom looks forward to.

So the third wife of the Sister Wives brood might just feel a bit down over the separation from everyone else today. Christine said she’s concentrating on “memories” or maybe a “trip somewhere”. But a trip doesn’t seem to fit with social distancing guidelines unless they head for an isolated destination.

No one knows for sure why this Sister Wives mom appears less animated and less jovial than usual when it comes to her holiday plans. Fans feel her pain for both money worries and isolation blues today.

With a few days left before December 25 rolls around, maybe Christine will get a second wind and do a massive last-minute-shopping haul. But if not, that’s okay too, as many feel Christmas is just too commercial. Who knows, this getting back to basics might be just what the doctor ordered for a world gone topsy-turvy today.