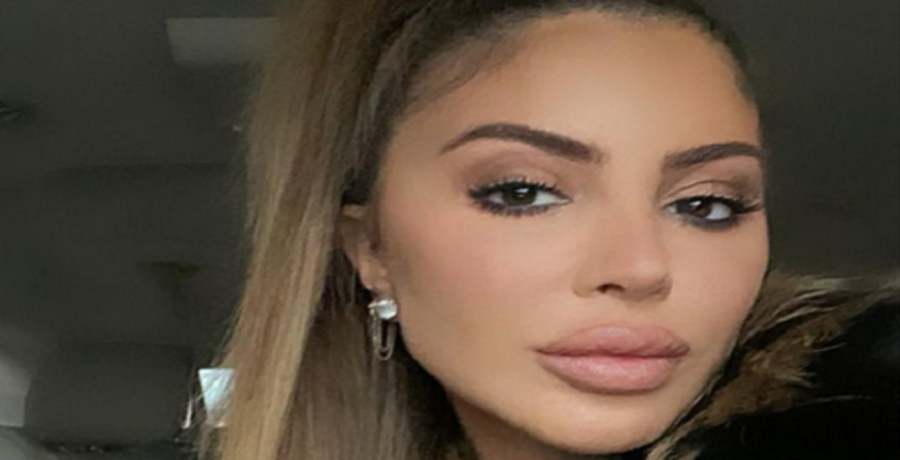 Larsa moved to Minnesota to be with her new man. She is spending Christmas with Malik and her four children. This comes after Larsa revealed she hooked up with Khloe Kardashian’s man Tristan Thompson. She found herself in the midst of a feud with the Kardashian-Jenner family just months ago.

RHOM alum and NBA player step out together

Larsa Pippen and Malik Beasley are still going strong amid his divorce. E! News posted the photos of the couple together. The Real Housewives of Miami star and the basketball player looked cozy in Minnesota, where Malik plays for the Timberwolves. Larsa and Malik even snuggled in front of a Christmas tree in the cold Midwestern weather.

The two were first spotted together in November. Paparazzi snapped photos of Larsa and Malik holding hands at a Miami mall. Their relationship raised eyebrows since Larsa is still married and Malik is in the midst of a divorce. But that hasn’t stopped them from going public about their love.

Watch Malik Beasley and Larsa Pippen Take Christmas Pictures Together After Leaving Their Spouses, Kids & Side Chicks; Beasley Takes a Plea Deal on Pointing Gun at Neighbors & Didn't Include His Wife Who Was Also Charged in Deal (IG-Vids) https://t.co/YzGKYIQMTE via pic.twitter.com/3VxEFbYq8X

While Larsa filed for divorce from Scotti Pippen in 2018, they’re still legally married. An insider told E! News that she’s excited to see what her future holds with Malik.

“She thought Malik was in the process of ending his marriage and she wasn’t doing anything wrong by hanging out with him,” the insider told E! News following the news of Malik’s divorce. “Larsa and Malik are still in touch and are planning to see each other again when the news blows over.”

Minnesota is the only time that Larsa and Malik were seen together. They recently got flirty on social media on Saturday, December 12. The lifestyle blogger posted a photo on Instagram with the caption: “What makes you the happiest?” Malik simply responded: “U❤️.”

Per Us Weekly, Larsa Pippen shared a cryptic message on Instagram. She appeared to be hinting about her relationship with her new beau. The fashion designer claims she found the right person amid their controversial romance.

“Sometimes you meet a person and you just click – you’re comfortable with them like you’ve known them you’re whole life, and you don’t have to pretend to be anyone or anything,” she posted on her Instagram Stories on Saturday, December 19.

Then, the Pretty Little Thing brand ambassador shared a photo of herself with the caption: “God, goals, growing, and glowing.” Malik seemingly liked and unliked the post. While neither Malik nor Larsa confirmed their relationship, the former reality star has shared cryptic messages on social media.

Her drama with the Kardashians

Larsa Pippen previously made headlines when she said she dated another NBA star, Tristan Thompson. During her interview on the Hollywood Raw podcast, she claimed she dated the athlete before he dated Khloe Kardashian in 2016. Larsa said she was the one who introduced Tristan to the reality TV family.

“I was kinda seeing Tristan before Khloe,” Larsa explained last month. “Before Khloe or any of them knew he existed. I was seeing him, I had him come to L.A., I brought him to a party Kim [Kardashian] had. I introduced him to all of them.”

The Kardashians are reportedly not happy with her interview. Neither Tristan nor Khloe responded to Larsa’s claims. What are your thoughts on Larsa dating Malik Beasley? Sound off below.