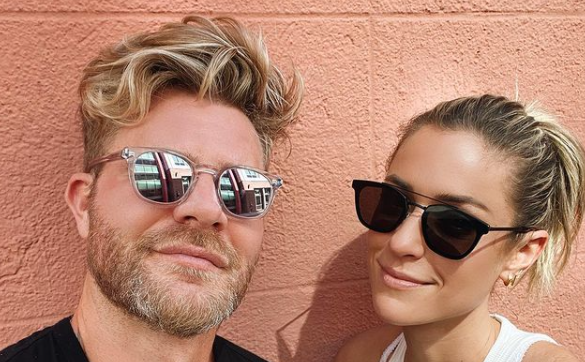 Fans went nuts on Kristin Cavallari’s Instagram after Austen Kroll from Southern Charm commented. He mentioned he’d see her in Charleston. Adding to the fire Madison LeCroy also commented on the post saying he wasn’t flirting with her.  Clearly jealous, she revealed he sent her songs at midnight. It became clear the two had broken up so fans were speculating that something might be going on between him and the Very Cavallari star.

On her story, Kristin shared a picture of herself rolling her eyes. She said, “I didn’t realize I wasn’t allowed to have FRIENDS that are guys.” Fans noticed the two partied together in Nashville over the weekend. Some noted that they were out partying while COVID raged, but Kroll already had the virus once and is still going out.

Justin Anderson is Cavallari’s hairstylist and best friend. He reportedly went to do Austen’s hair for the reunion and she went with him.

What Did Kristin Cavallari And Austen Do Over The Weekend?

Kroll posted a video on Sunday of himself and Kristin Cavallari. They were in a car with Craig Conover, Justin Anderson, and his fiancé Austin Rhodes singing in the car. Later Justin posted them eating at a restaurant in Nashville together according to People.

At first, Justin captioned the restaurant video, “My apologies for the instagram lives last night,” he wrote. “New rule: my phone should be locked up when i drink.” He immediately posted a new video where they all danced around in someone’s house to Taylor Swift. The footage shows Kristin dancing before being lifted onto Austen’s shoulders. Justin captioned it, “jk jk never apologize for good times.”

The Former Reality Star Had Lots Of Fans Send Her Love

After her divorce from Jay Cutler, the two are still in contact to co-parent their kids. Most recently, Jay went out on Thanksgiving with a woman his ex-wife fired. It seemed a bit of a slap in the face, especially when reportedly he had scheduled the holiday with his kids. Kristin Cavallari recently got cozy with Jeff Dye. The two went to Cabo together with a bunch of friends. A recent Instagram picture she posted with Justin said, “Been laughing at the noise since ‘05.” Most likely she’s talking about people gossiping about her.

One fan said, “that’s one of the things I love about you Kristin, is you are always laughing and looking like you’re having a good time.” She enjoyed dirty dancing and hanging out on Austen’s shoulders. Kristen assures everyone they are just friends and she’s allowed to have them.

What do you think of her relationship with Kroll? Comment below with your thoughts.