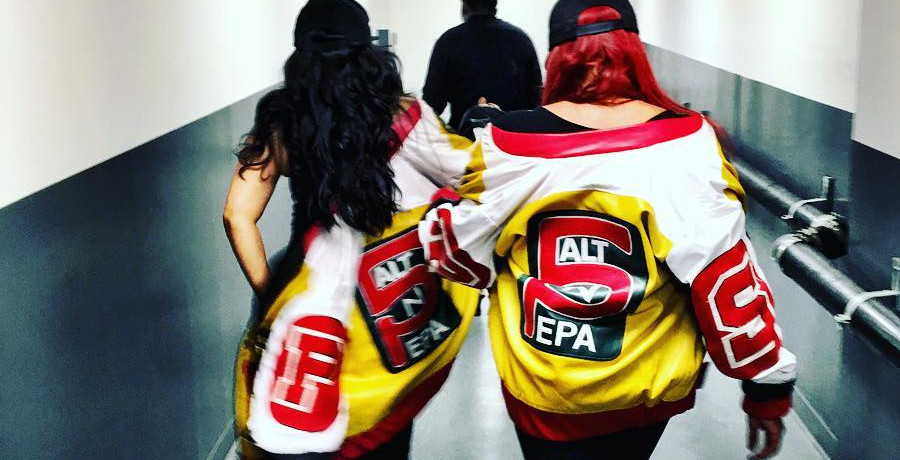 Plastic surgery is common with celebrities, even in the music industry. Performers want to look their best on stage. However, few celebrities are open about their plastic surgery procedures. Even less-so when the surgeries go wrong. A rapper from the hip-hop group Salt-N-Pepa is suing her surgeon for not one, but THREE botched surgeries.

Salt-N-Pepa is one of the best-selling rap groups of all-time. Formed in the 80s, the all-female group broke ground for today’s artists, such as Cardi B and Megan Thee Stallion. Salt-N-Pepa consists of Cheryl James (Salt,) Sandra Denton (Pepa,) and Deidra Roper as DJ Spinderella.

With hits like “Push It” and “WhattaMan,” Salt-N-Pepa has enjoyed worldwide success.

But the group’s success hasn’t come without problems. In 2019, DJ Spinderella claimed that she was unceremoniously fired from the group. She filed a lawsuit against her former bandmates for breach of contract. The lawsuit is still on-going. She isn’t the only Salt-N-Pepa star to file a lawsuit.

TMZ broke the news that Pepa filed an explosive lawsuit against her plastic surgeon. The rapper claims that Dr. David Sayah botched three surgeries on her behind. During a 2018 car accident, Pepa suffered injuries to her derriere. The accident reportedly caused pain and discomfort in the butt implants she already had.

She was referred to Dr. Sayah and she claims he talked her into surgeries she didn’t need. Additionally, the final surgery was to remove her butt implants. However, when she went to another doctor due to residual pain in her buttocks, the MRI showed something shocking.

The doctor she is suing didn’t remove all of her butt implants like he said he did. Denton is suing him for negligence, claiming that she will be in pain for the rest of her life. Additionally, she will require more surgeries to fix his errors.

One of the surgeries Denton claims she was talked into was liposuction. While plastic surgery is common, that doesn’t mean it’s not dangerous. In 2007, rapper Kanye West’s mother died during “routine” liposuction surgery.

Back in April, Lifetime dropped the surprising news that a Salt-N-Pepa biopic was coming to the network. Unlike some of their other biopics, Denton and James are heavily involved in the project. They serve as executive producers.

After months of excitement, Lifetime finally revealed an airdate for the biopic. Salt-N-Pepa will premiere on Saturday, January 23, 2021. Following the movie, Loni Love will host an interview with Denton and James. It seems that they did not involve Deirdre Roper in making the film at all.

Watch the trailer for the biopic below.