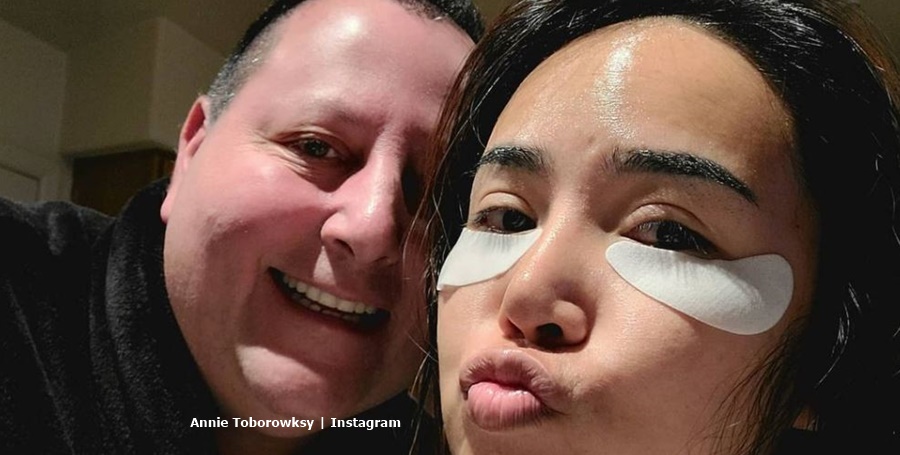 90 Day Fiance fans heard that David Toborowsky received some shocking and sudden news on December 5. His dad passed away and the news came via a phone call. Annie and David shared remembrance photos of his dad back then. And, they felt sad, but have wonderful memories of him. Now, Annie gave an update on David’s state of mind.

When David’s dad passed away, we reported that just a few months before, they celebrated his 80th birthday. Notably, although older people often pass away, that never makes it easy on those they leave behind.  Back when the news of his death came, Annie promised David’s dad that she would be right there for her husband. She also called for TLC fans to “pray” for them as they “mourn.”

Legacy.com published Murray Toborowksy’s obituary. The family laid him to rest on December 7. Because of the “current pandemic restrictions,” they held a “private graveside” service. Born in October, 194o, Murray left behind his “wife Bonnie…his children Leigh Toborowsky (Beata), David Toborowsky (Annie), and Nancy Grzesik.” Of course, many other family members also remain behind in grief. And, it looks like the 90 Day Fiance star takes it hard.

Annie shares about David and his grief

On Thursday, Annie took to her Instagram and shared about David and how he copes with the death of his dad. Her sad caption read, “We are on the way home to Arizona.” She noted how “emotional” David feels. He also feels the pain of all his relatives and friends. Her photo revealed them in the plane, and David looked worn out. Annie noted that on the plane, he cried as he misses his dad.

Annie said that she feels the pain of David Toborowsky. She just tries to help him “handle” his emotions. At the end of her post, the 90 Day Fiance star wrote, “We Love you David and I hope tomorrow will be the better day.”

Many fans responded to Annie. One of them said, “Thank god he has you by his side. And, David commented on that. He wrote, “amen.” Then, another fan commented, “Awww 😞 so hard. David has a HUGE heart just from watching show. Bless him🙏 Love to you both.”

Fans know that Annie’s not fluent in English. And, some of them loved her kind message about David. She really conveyed some deep emotion. So, one of them wrote, “beautifully written. It’s always hard [losing] a family member. Hope you are home safe.”

Meanwhile, some 90 Day Fiance fans, still young enough to have their parents noted that they can’t “imagine” the pain of it.

Popular, many fans reach out with their thoughts and prayers for the couple.