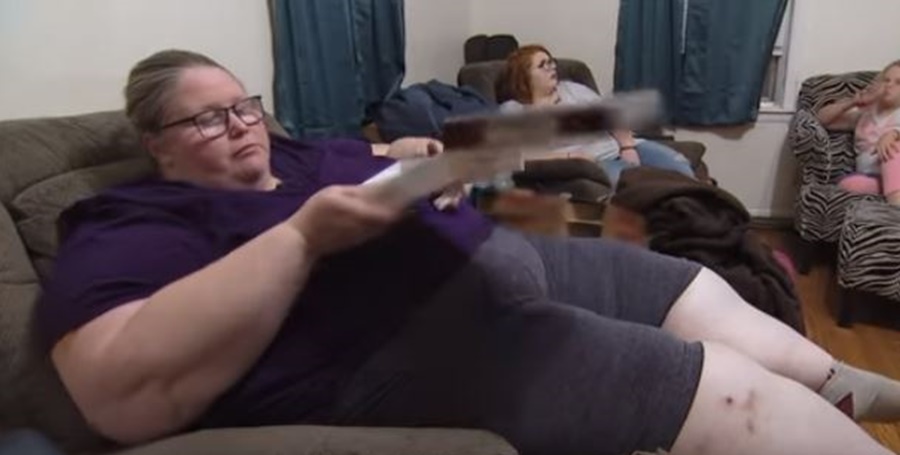 My 600-LB Life Season 9 comes at the end of 2020. TLC fans who enjoy following the ups and downs of people with massive weight issues will see Season 9 debut a new cast. While no teasers emerged yet, news came out that allegedly, filming for the season contravened some coronavirus regulations. ‘

We reported that 1000-LB Sisters returns to TLC in early January. Fans see the new show reveals Amy fell pregnant with her first child. Meanwhile, Tammy struggles with health issues and her weight. It looks like she put on all the weight that she previously lost. But, if you love this sort of show, a double treat awaits as My 600-LB Life returns on December 30. Spoilers, teasers and cast details seem scarce at this time. But The Hollywood Gossip ran a story about it.

Allegations emerged that when filming Season 9 of the show, the company that films the show for TLC “flagrantly [violated] stay-at-home orders across multiple states in order to continue filming.” It never got verified, but according to THG sources, the production company continued filming My 600-LB Life in “Florida, Mississippi, and Texas.” And in Harris County, lockdown orders came weeks before the show allegedly stopped filming.

Naturally, as people with existing obesity and related conditions are high risk, some concerns came out. Hopefully, none of them fell sick. And certainly, no deaths about the cast emerged in the news. While Season 9 stopped filming, some sources felt irritated that allegedly, they overran some county stay-at-home orders. Now that Season 9 officially returns, presumably, they picked up filming again. And, potentially some of it came via remote consultations.

Meaww reminds readers that Season 9 comes with a new cast. Each episode covers one of them in detail. Later, fans usually see the cast return on My 600-LB Life: Where are They Now? Although the cast never dropped yet, expect the same format of the show. It always looks at the background of obese people. And, it examines what triggers their food addiction. The show follows them as they try and lose weight so they qualify for surgery with Dr. Now.

Despite allegations by various cast members of exploitation, fans enjoy watching it. The series brings more than just eating disorders. It also examines relationships, enablers, and psychological issues. Many fans tune and choose a favorite cast member and root for them. In-between seasons, the audience enjoys reruns and binge-watching original seasons.

In fact, an astonishing number of TLC fans can’t wait for  My 600-LB Life Season 9.  For them, the new year probably just started looking a bit brighter. Are you excited about the new season? What do you think of the allegations that they overran the stay-at-home orders? Sound off in the comments below.