Joy-Anna Duggar Forsyth is catching some heat after recently putting her newborn, Evelyn Mae, in a dangerous situation. According to The Sun, the mother-of-two is being blasted on Reddit for being “reckless” with her newborn daughter. What did she do to put her beautiful baby girl at risk? Keep reading for the details.

Now, it goes without saying that every parent has to put their newborn down and walk away. This is especially true if you have more than one child. No one can hold a baby 24 hours a day. That being said, where and how you put the newborn down is still important. And, that is what Duggar followers on Reddit are having an issue with.

Reddit users realized Joy-Anna Duggar Forsyth left her daughter Evelyn Mae completely unattended on a couch. And, possibly making it worse… Her brother Gideon was wandering around the room. In the photo, he happened to be right next to the arm of the couch.

The photo of the moment caused anxiety levels to soar for many who follow the family. All Gideon had to do was bump the arm of that couch and Evelyn Mae could have fallen onto the floor. Now, one could argue the parent holding the device that snapped the moment couldn’t have been far from the baby. And, perhaps they would have made it over to catch her if she started to fall. But, there is no way to know for sure if that is true.

See the photo below and decide whether you think this was a dangerous spot for the Joy to leave her new baby. 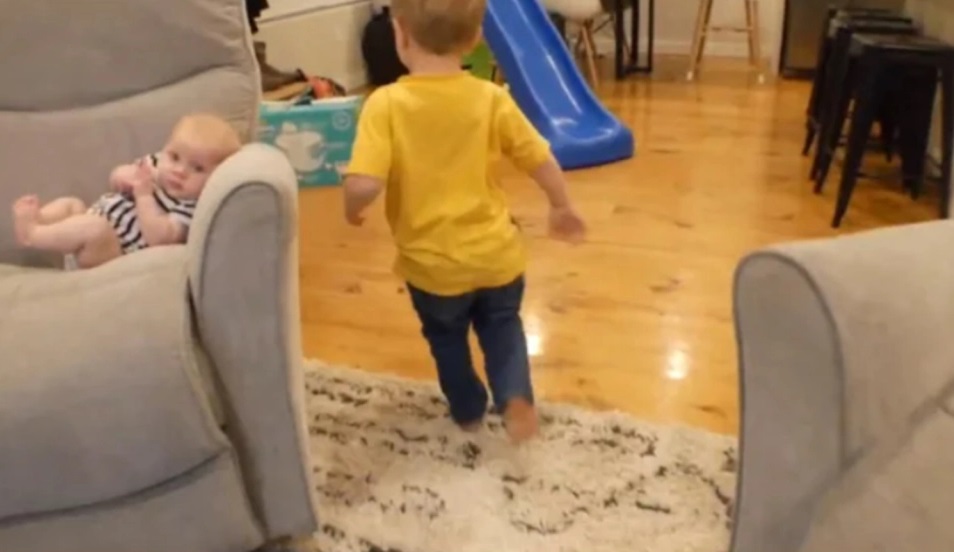 Some Reddit users insisted the baby would be safer laying on the floor. With two-year-old Gideon running around the house playing, however, the baby might’ve been safer in a playpen, bassinet, or swing of some sort.

Now, as we mentioned above, Duggar followers really let Joy-Anna Duggar Forsyth have it. They couldn’t believe someone who had so much experience being around children could be so reckless. Some wondered… How often was the baby was left unattended on a couch? Here’s some of what they had to say.

Overall, the parenting skills of Joy quickly got called into question. And, they feared for the well-being of that baby girl. So, do you think Joy put her baby girl at risk? Or, are people overreacting to a photo of a moment in time? Share your thoughts in the comments.