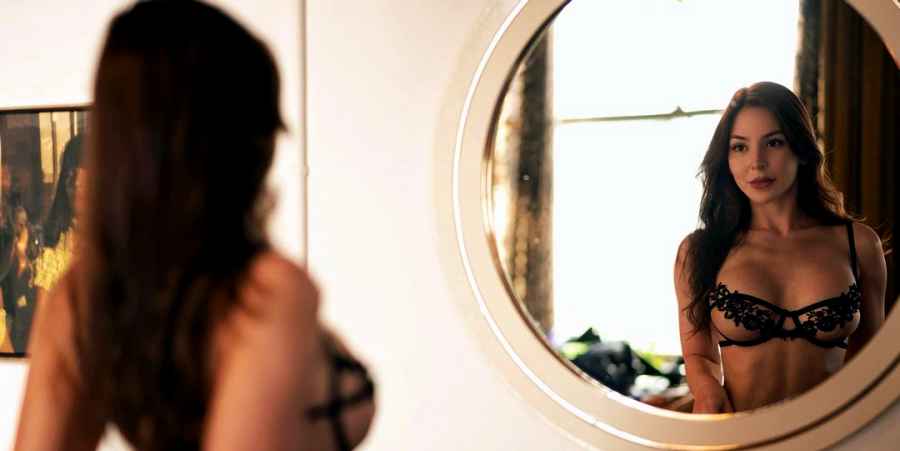 Jorge Navas of 90 Day Fiance: Happily Ever After? recently made a celebratory post to Instagram. The TLC reality star announced he is expecting a baby with his girlfriend. In the post, he shared a sonogram image with the caption, “Thankful for all of my blessings.” Meanwhile, his former wife, Anfisa Nava doesn’t seem to be fazed by the news. She made a post to Instagram at around the same time, revealing her sexy body in a hot bikini.

Fans last saw Anfisa and Jorge together during Season 3 of 90 Day Fiance: Happily Ever After? The pair had one of the most turbulent relationships in the history of the reality show. The Russian beauty openly admitted she was in the relationship for money and a green card. Meanwhile, Jorge was trying his best to hide his criminal past from Anfisa.

Jorge and Anfisa did eventually marry in August 2017. However, the relationship was anything but happily ever after. This was especially so when Navas was sentenced to 2.5 years behind bars for possession of marijuana.  Jorge went on a course of self-improvement while in prison. He made a point of eating healthy, getting fit and losing weight. On his release from prison, he filed for divorce from Anfisa.

Jorge went on to start a new chapter in his life when he began dating a gorgeous girl. While he hasn’t told fans her name, he made the relationship public in August this year. Jorge then made an announcement this week to the effect that they are expecting a baby.

While Jorge has been improving himself, it turns out Anfisa is doing the same. She is now a personal trainer and regularly works out herself. The result is a stunning figure, which she reveals regularly on Instagram.

When Jorge was sharing baby news on Instagram, Anfisa shared a steamier image. It reveals the TLC reality star wearing a hot red lace bra and high-cut thong. Nava captioned the image with the simple word, “Details” with a red heart emoji. Readers can see the Instagram image here.

Fans have left complimentary comments on the post. One wrote, “Your hard work has definitely paid off.” Another commented, “Nothing is better than this woman in red.”  Naturally, being social media, some followers referred to Jorge’s latest news. As noted by Screen Rant, one commented, “Anfisa looking like a 10, while Jorge out there becoming a child support check/baby daddy.”

Anfisa responded to the comment with a red heart emoji. So far, she hasn’t congratulated her ex-husband on his news. In the meantime, she concentrates on her fitness regime and seems to be single right now. While the news isn’t official yet, it is assumed that the former 90 Day Fiance stars did get divorced.

Let’s wish Jorge the best life with his new girl and upcoming baby and Anfisa success in her fitness training.

At present, 90 Day Fiance fans can catch the finale episode of The Other Way on TLC, Sunday at 8 pm ET.