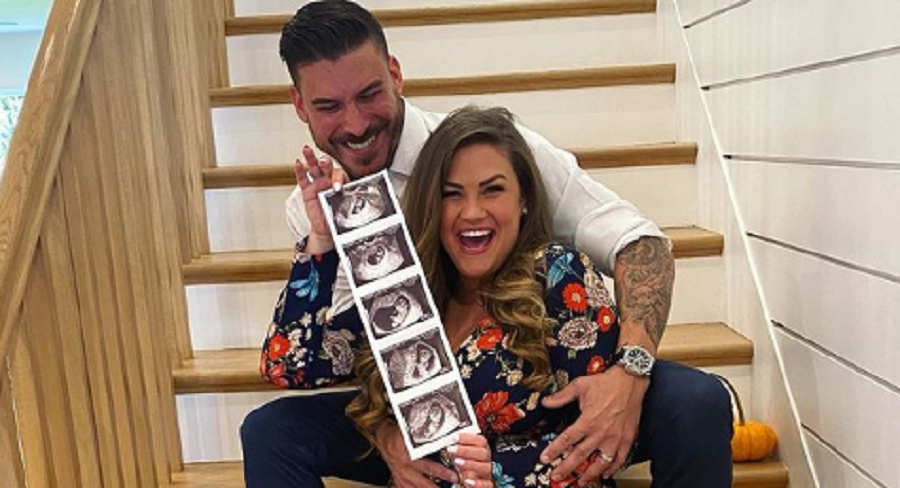 Jax Taylor revealed that his wife Brittany Cartwright is “very insecure” about her body during her pregnancy. The Vanderpump Rules star has been there for her during the toughest moments of her life. The Kentucky native hasn’t gotten used to her body’s changes.

The Bravo star made an appearance on the Wednesday, November 25 episode of the “Give Them Lala … With Randall” podcast. This comes after Brittany discussed her pregnancy alongside Lala Kent and Stassi Schroeder on the show. The three pregnant ladies discussed their pregnancies and compared their symptoms. Jax Taylor opened up about how how he has supported his wife.

“What I think is extremely important and what I’m going through now with Brittany is just reassuring Brittany how beautiful she is,” the 41-year-old said. “She’s already beautiful, she’s already gorgeous, but I always see Brittany looking at herself and I know in her head she’s just thinking sometimes I think that she’s not pretty.”

Lala’s fiance, Randall Emmett, was in shock. “Really?” he exclaimed. “She’s stunning.” Then Jax revealed some of Brittany’s fears. She hasn’t felt comfortable with her body’s changes due to her pregnancy. Although she’s happy to become a first-time mom, she’s unsure if she’ll get her body back.

“They know they’re excited to be moms, but at the same time, they’re like, ‘Am I gonna get back into that bikini again?’ You know, that kind of stuff,” Jax explained. “And that’s the thing that I have to reassure her a lot and I love doing it. I do it anyway, but it’s super important for new dads, I think, just to make sure to let your wife know how beautiful she is at all times.”

Back in September, Brittany and Jax announced that they are expecting their first child together. Later that month, they revealed that they are having a baby boy. At the time, Jax had a feeling that they were going to have a girl. He previously shared his thoughts at Lala and Randall’s gender reveal party. As Pump Rules fans know, Stassi, Lala, and Scheana Shay are all having girls.

There is probably some truth to what Jax Taylor said in his interview. Earlier this month, Brittany fought back at body shamers. Some of her own followers were judging her baby bump size. The bubbly reality star took to Instagram to defend herself.

“Some of y’all are just sad and I wish you happiness someday,” she wrote in her Instagram Stories during her 16th week of pregnancy. “I am happy and healthy and I’m going to enjoy my pregnancy no matter what the trolls say.”

Brittany noted that “all baby bumps at 16 weeks are different.” But she’s not the only one. Online trolls have shamed Lala and Stassi over their baby bumps. Keep in mind that some women have pronounced baby bumps, while others don’t until later in their pregnancy.

What are your thoughts on Jax sharing Brittany’s body insecurities? Are you shocked as well? Sound off below in the comments section.