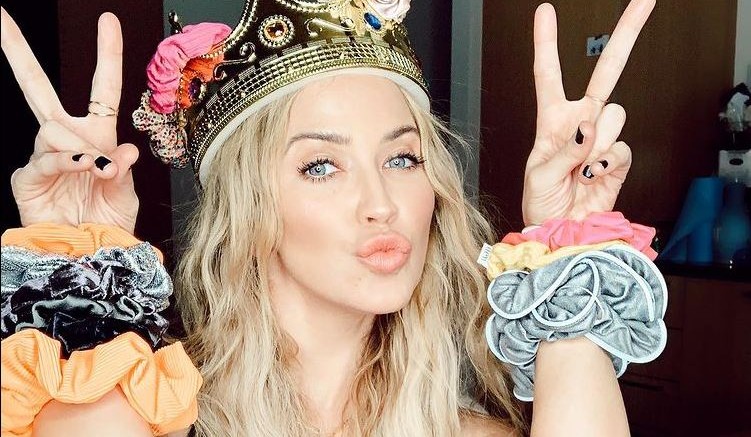 Her dream came true. Former Bachelorette Kaitlyn Bristowe won the coveted Dancing With the Stars Mirrorball Trophy. She and Artem Chigvintsev won the hearts of judges and fans everywhere Monday night. She is the second Bachelorette in a row to win the honor. Last season, Hannah Brown and Alan Bersten won the award. Now that she’s fulfilled her dancing dream, she’s ready for something on a more personal level.

Kaitlyn Bristowe would not be against getting pregnant

Now that Kaitlyn has succeeded at dancing, she’s ready to take things to a more personal level. To start, perhaps now Jason Tartick will finally pop the big question. Fans have been eagerly waiting for an engagement announcement from these two. And, she even said that perhaps a proposal was coming soon if she won the Mirrorball. Mission accomplished, so now everyone waits.

In the meantime, Kaitlyn has made it clear she is wanting to start a family soon with Jason. US Weekly caught up with Kaitlyn to get the scoop on what her next plans are.

She said, “What’s next? Oh, gosh, I don’t know.” Kaitlyn continued, “I joked that I was like, ‘I will want to have babies. If I accomplish [this], then I’m ready for the next step.’ And Artem gave me the baby fever, and I’m not against it!”

It was just a few months back that Kaitlyn joked about poking holes in Jason’s condoms if she won the trophy. Well, watch out Jason! She said, “Being a mom is a dream and aspiration. I genuinely have always wanted to be a mom.”

Jason’s thoughts on the subject

While Jason in the past has said he would hope they are married first before expecting babies. He isn’t against it, but admitted in a perfect world he would rather be married first. However, no doubt should a baby come first, he would be ecstatic.

Now that Kaitlyn has won the trophy, the two are continuing to celebrate. They were supposed to be heading back home from Los Angeles. However, Jason announced on Instagram they extended their Los Angeles stay until Saturday. His friend was ecstatic at the news.

Kaitlyn has said she hasn’t been on social media too much since the big win. She has been busy responding to family and friends as they send her congrats. She said she is still soaking it all in and a little in shock.

Fans love this couple and can’t wait to see where their journey leads them next. Will they make it to the altar before a baby is on the way? Time will tell. Stay tuned for more updates on Kaitlyn and Jason.