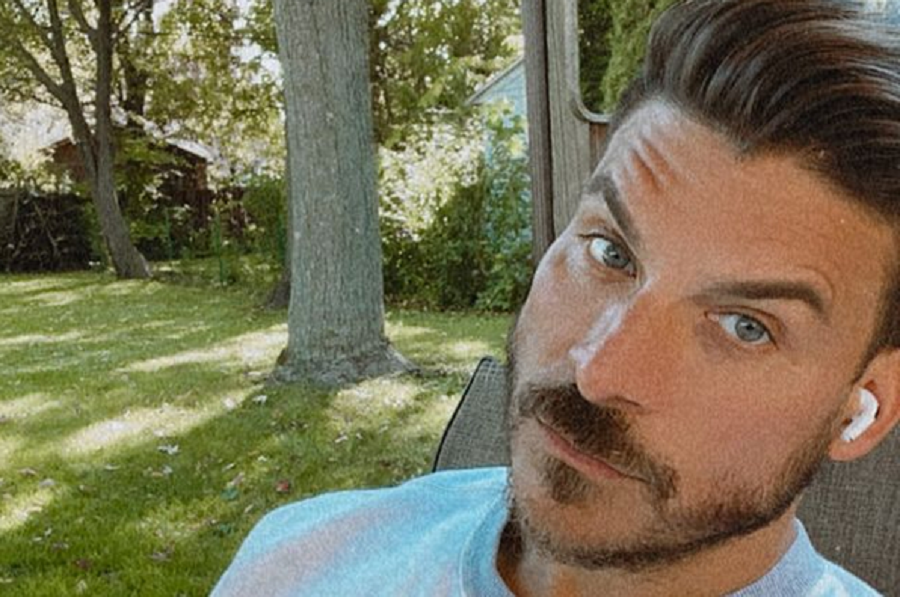 Jax Taylor would be fine if Vanderpump Rules would end tomorrow. He’s too busy preparing for the birth of his son. As TV Shows Ace previously reported, Jax and Brittany are about to become first-time parents. They shared their baby news back in September.

Now, Jax is the latest to address the Pump Rules cancellation rumors. He revealed that he wouldn’t work at SUR Restaurant if the show got renewed for a ninth season. Instead, he would much rather have his own spinoff series. He thinks that all of the pregnant cast members should have their own show.

The bartender recently hosted an Instagram Live chat. During his appearance, Jax Taylor talked about the future of Vanderpump Rules. He wouldn’t cry if the show got canceled. Instead, he would rather end up on a spinoff series. Jax also shared that his bartending days are over.

“I haven’t bartended in three years, four years. My SUR days were over a couple of years ago, to be honest,” he told a fan on Tuesday, November 24.

He seemingly confirmed that he only worked at the venue during taped seasons of the Bravo series. Fans speculated whether the cast really worked at the establishment. Some viewers recalled not seeing the cast when the show wasn’t in production. While Jax doesn’t want to reprise his bartending role at Lisa Vanderpump’s restaurant, he will return to Pump Rules Season 9.

“I think it would be fun to follow the dads around. And then the younger kids, like James, they could have their own show,” Jax explained. “We’re all in the next phase of our lives and the thought of going to SUR, I don’t think I can do it. The younger guys can take care of that.”

However, Jax would like to appear on a new series based on the OG cast members. He thinks the “parents” should have their own spinoff series. The 41-year-old thinks that the fans will enjoy it as well.

“I think they need to hone in on the fact that we’re parents now,” he continued. “We can’t go back to the way it was. It would be ridiculous to see us back at SUR. It’s gotta be about the next chapter of our lives, [like] a parents kind of thing. The playdates are going to be amazing [and] I think it will be funny to watch all of us play with our kids.”

Does he still talk to Tom Sandoval and Ariana Madix?

Jax Taylor revealed who he still talks to in the cast. Although he hasn’t seen Scheana Shay for some time, he confirmed that they still talk. As for Tom Sandoval and Ariana Madix, he claims he doesn’t “have room for [them] in [his] life.” He doesn’t think it would be “healthy” to have them as friends.

“The arguing and negativity is not healthy and I don’t want to be around it,” Jax explained. “[There’s] nothing wrong with Sandoval. He’s a great guy. I’ve spoken to him once in the last year. Sometimes you go separate ways. I’m starting a family and I want to surround myself with other couples who are starting families.”

It sounds like Jax is finally growing up. He’s also confident that Vanderpump Rules will return for a ninth season. But he wouldn’t be sad if it got canceled. The former model added that he wants to focus on his cannabis and real estate businesses.