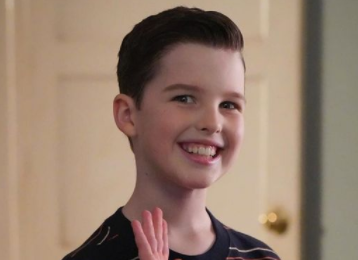 Young Sheldon viewers caught the attention of many fans when they spotted what everyone is considering a plot-hole in the latest episode. Spoiler alert for people that haven’t seen this latest scene!

Information about the show

Young Sheldon is a spin-off of the popular and nerdy show, The Big Bang Theory. The prequel spin-off tells the chronicles of the life of Sheldon Cooper living in East Texas with his family. Young Sheldon shines a light on the childhood of his adult counterpart he used to talk about on the original show. When it was announced the sitcom was ending after 12 wonderful seasons, CBS attempted to tie the shows together. Of course, The Big Bang Theory had such a large fan base already. This transition appears hard for some viewers. This is partially because Young Sheldon tends to contradict details from the past show. These details were shared by Screen Rant.

Bringing the two scenes together

Young Sheldon is making a good effort to hook fans of The Big Bang Theory with goodies and direct references to its popular, geeky parent show. In its season premiere, Amy made a voice cameo which made for a fun detail. Fans think that the writers need to be more careful with details in the show if they want to keep fans interested. 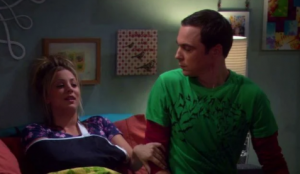 The latest episode of Young Sheldon

On the Young Sheldon Season 4, Episode 4, titled “Training Wheels and an Unleashed Chicken,” Missy decided to teach Sheldon how to ride a bike without training wheels. It doesn’t go as planned when  Sheldon panicked and crashed into a flying chicken.

Following his injury, Sheldon wanted someone to sing “Soft Kitty, Warm Kitty” to him. However, this contradicts Sheldon’s thoughts on The Big Bang Theory that this song can only be sung when someone is sick.

Fans listened to “Soft Kitty, Warm Kitty” and heard the tune of a script plot hole

Fans took notice that Sheldon had reserved “Soft Kitty” only for illnesses. Remember back to The Big Bang Theory when Penny slipped in the shower and painfully dislocated her shoulder. Sheldon didn’t want to sing the lullaby for her stating the fact that she wasn’t sick. Sheldon caved once Penny argued her point more saying that “injured and drugged is a kind of sick.“

Is it really an issue? One person’s thoughts on the subject

One fan pointed out Penny’s explanation as to why she needed the song sung to her. Then, everyone deemed this lullaby aspect of the show as a non-plot-hole. However fans look at the show and its mishaps, one thing is certain now. Fans will be watching extra close now to point out any more mistakes. Big or small everyone will be paying more attention to details.

Did you happen to catch this episode? What are your thoughts on it all? Stay tuned for more updates on Young Sheldon and all your favorite television shows.