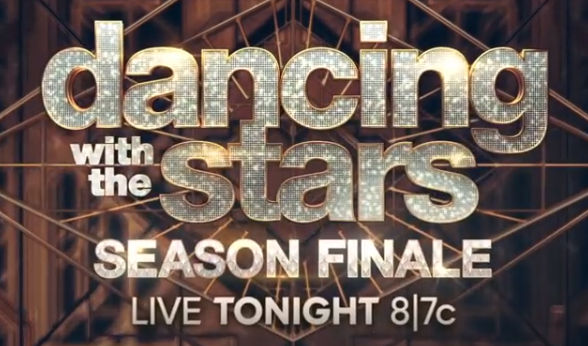 The Dancing With The Stars Season 29 finale airs tonight at 8 PM eastern time. At this point, anyone could take home the highly coveted Mirrorball Trophy. The fans will determine the champion, so make sure to vote for your favorites. TV Line recently conducted a poll to find out who fans wanted to win the competition. The poll is still open, so these numbers are subject to change.

According to the TV Line poll, fans overwhelmingly thought Catfish host Nev Schulman and Jenna Johnson would take home the Mirrorball this season with 43% of the vote.

Nev Schulman was definitely an unexpected frontrunner this season. And unless you were a big Catfish fan, you probably didn’t know much about him. But he quickly rose to the top of the DWTS leader board and earned several perfect 30s this season. Jenna even admitted in an interview that he helped choreograph their spectacular Black Swan routine.

But Kaitlyn Bristowe Has An Excellent Shot Too

In second place, fans picked The Bachelorette star Kaitlyn Bristowe and Artem Chigvintsev with 38.89% of the vote. Another The Bachelorette star took home the trophy last season, so it’s possible Kaitlyn could do it too. And it would be a first win for Artem as well. He was let go from the show just before Season 28. A win could convince DWTS to make him a more permanent feature of the cast.

Nelly And Justina Machado Could Win, But DWTS Fans Aren’t Quite As Confident

In third, fans chose Nelly and Daniella Karagach with 10.55% of the vote. Throughout the season, Nelly and Daniella have scored much lower than their competitors. But they continuously manage to impress the judges with their improvements and also have the fan support behind them. Nelly arguably is the most recognizable name right now, so he’s getting a lot of votes. He smashes expectations time and time again, even if he isn’t quite up to the same level as his DWTS competitors.

And actress Justina Machado came in fourth on the TV Line poll. Once competitors land in the bottom, it’s hard for them to bounce back. Justina and Sasha Farber were in the bottom two last week along with Skai Jackson and Alan Bersten. The judges ultimately chose Justina and Sasha to compete in the finals. But will Dancing With The Stars fans choose them tonight? Only time will tell.

One of our 4️⃣ finalist couples will win the Mirrorball trophy TONIGHT! 😱 Who has your vote?! 🗳 #DWTSFinale pic.twitter.com/PrPPFiqsHM

Tune in to the Dancing With The Stars Season 29 finale on ABC tonight. You definitely won’t want to miss out on a single moment of this exciting episode. You can also expect to see performances from Derek Hough and Nelly, so it’s going to be a lot of fun. Former castmates will also make their return to cheer on the remaining finalists. Who do you think will win? Leave your ideas in the comments.