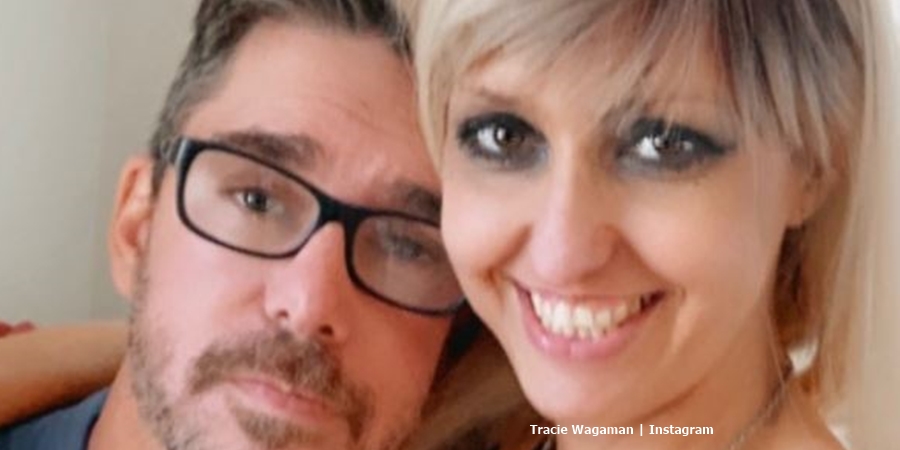 Tracie Wagaman currently dates a young guy named Luke Loera. But this weekend, she took to Instagram and admitted that she previously dated Matt Baier of Teen Mom.  The Love After Lockup star also raged about someone who allegedly “stalks” her. But some fans wondered how Matt fitted into her complaints.

Taking to her Instagram on Sunday, November 22, Tracie launched into a very long post. In it, she ranted about an Instagram user named “Magical Missy.” Apparently, she went on a Live and spoke badly about Tracie. It’s not clear how Matt Baier fitted into the rant. But, she later explained in the comments.

Tracie said, “I want to make it clear that I wish Matt well and this post is not intended to trash him.” Later, she clarified a bit more, saying, “the part that Magical Missy and the host of the Live said about Matt and I seeing each other was true. The rest was false.”

Apparently, Magical Missy also spoke to Clint, Tracie’s ex. She allegedly stalked Tracie Wagaman for months. And when the Love After Lockup star told her to back off, Tracie thinks she now tries revenge-hurting her.

She said, “Magical Missy is a liar and quite frankly a stalker.” According to the WEtv star, she met the ex-fan “once.” And they hung out a little bit. But, “she continued to contact me constantly on social media.” Once the fan obtained her “phone number,” Tracie alleges Missy “begged” her to talk to her. “Sometimes I would because she always had some sad story that made me feel sorry for her.” Then came allegations about more calls, video chats and even wanting to catch up with her in Las Vegas.

Anyway, it sounds like the Love After Lockup star became tired of it all. Tracie said, “I started distancing myself from her and I stopped responding and she became very angry.” So, allegedly, she “went to someone she knew would love to talk to anyone with a grudge against me.” The next thing, Tracie heard about the Live. And, she sounds furious as “Magical Missy” allegedly “told people we were “best friends” and several other lies.”

Confrontation after the Live

Tracie claims that she “confronted her about the Live.” Then, so the story goes, the “stalker” actually “begged” Tracie “for forgiveness and admitted…everything.” Anyway, things go from bad to worse now, according to Tracie. But unfortunately, Tracie Wagaman got little sympathy. Her long rambling post pretty much confused a lot of WEtv fans.

Some Love After Lockup fans slammed her for just looking for “more OnlyFans followers.” And others slapped at Tracie Wagaman for stalling her divorce from Clint. Meanwhile, others thought she probably wrote the post while high on crack.