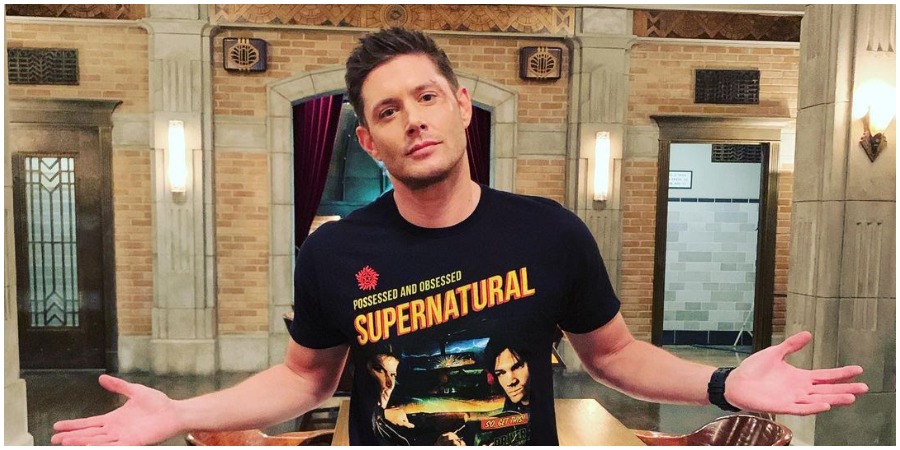 Jensen Ackles is opening up about the end of his hit television series, Supernatural. The actor, who starred as Dean Winchester alongside Jared Padalecki for 15 seasons, is now admitting that he wasn’t in love with the series finale of the show.

In a new interview with Entertainment Weekly, Jensen revealed that things got emotional when he and Jared made a trip to California in order to discus the final season of show.

Jensen Ackles admits he wasn’t thrilled about that ‘Supernatural’ ending

“Yeah, so, during the hiatus between season 14 and 15, Jared and I went out to L.A. and sat down in the writers’ room, which I think is the first time we’ve ever done that. It wasn’t like a brainstorming session. It was, like, ‘This is what we have, take it or leave it.’ And I just walked out of there kind of uneasy. I don’t know if it was just the fact that I just heard the ending of a show that had been going for 15 years and I’m just too close to it to really accept a finality to it,” he stated.

Jensen claimed that he continued to struggle with the plan for Season 15, but it was the show’s creator, Eric Kripke, who talked things out with him.

“He just kind of put things in a perspective that really helped me kind of identify why I was having trouble with it. But also, why it was a really great idea for an ending. And so, from then on, I was kind of all in.”

Just a man and his car. Stream the series finale of #Supernatural now: https://t.co/qZmBzKkln2 pic.twitter.com/oQS1aQ84tB

Here’s how ‘Supernatural’ ended (Spoilers below)

Earlier this week, fans watched as the Winchester brothers fought side by side for one last time. During the episode, Dean found himself in trouble. He was rammed into a wall with a large stake sticking out of it, and tragically died.

Dean got to have one final moment with his beloved younger brother, Sam (Padalecki), as he said his goodbyes. He also made Sam promise to live life to the fullest and continue to fight without him.

Dean happily reunited with loved ones in Heaven, such as family friend, Bobby. Meanwhile, Sam lived a long, full life. He had a family, which included a son that he named after his older brother.

Finally, when it was Sam’s time to go, he said goodbye to his son and faded away. The series ended with the brothers reuniting in Heaven.

Fans had mixed emotions about the final episode. Many wanted to see Sam and Dean live. However, others believed that if the characters died, they would die side by side. Instead, Sam had to move on without the most important person in his life.

However, it may just be that Supernatural viewers need some time to process the end. Like Jensen Ackles, they have invested 15 years of their lives into the show.

What did you think about the ‘Supernatural’ finale? Let us know in the comments down below.