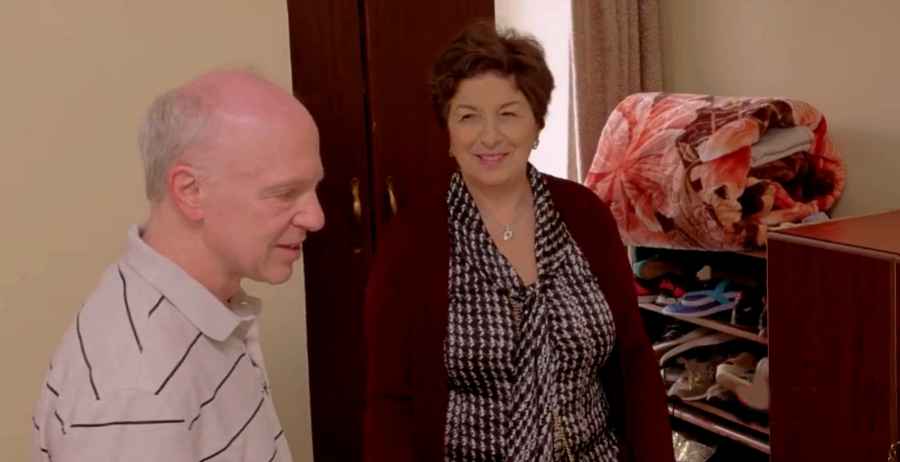 90 Day Fiance posted a teaser clip to their Instagram page for the upcoming episode of The Other Way. In the clip, Ariela’s parents, Fred and Janice Weinberg are touring her and Biniyam’s apartment. Fans that have seen the clip are furious, as her parents make rude comments about every room in their home. Comments range from calling Fred and Janice “rude” to describing them as “patronizing.”

The clip is surprising to many. Janice Weinberg, Ariela’s mom, has been a fan-favorite up to now. A while back, Ariela announced that her mom would give motherly advice to fans that want it on her Cameo account. Fred Weinberg is a fairly new addition to the show. At first, he seemed pleasant and caring. However, after the teaser clip was released, they are likely the most-hated couple on 90 Day Fiance: The Other Way.

The relationship between Ariela Weinberg and Biniyam Shibre has been difficult enough without this added touch. Since Janice arrived back with her husband, there has been tension for Biniyam. While trying to reveal the Ethiopian culture to his future in-laws, he shocked them in the market, while almost having a chicken culled in front of them.

The fact that Biniyam was previously married to an American woman, who took her son back home, doesn’t help. This has made Janice suspicious about Biniyam and their relationship. She has started thinking maybe Shibre is in the relationship just to get a green card.

However, next week’s episode is sure to see major problems between Ariela and Biniyam. This is when the pair takes her parents on a tour of their humble home. It took the couple some time to find somewhere to live that Ariela approves of. The apartment is small but basically has all the necessary amenities.

Before the tour, Ariela said in her confessional that she was nervous to see their reactions, as it isn’t the greatest apartment. As soon as Janice and Fred walk through the door, they call out the apartment as being “small.” They suggest Ariela and Biniyam should get a larger home, preferably with a garden.

Rude comments for every room

As they enter each room of the apartment, the criticism increases, with rude comments on every aspect of their home. When they spot Aviel’s cot, balancing on a table next to the bed, Janice says, “What’s wrong with this picture.” On entering the bathroom, Fred jokes about “not having enough oxygen” as it is so small.

In the bathroom, Janice spots Biniyam’s manual washing machine and laughs. They ask where the dryer is and Ariela explains she dries the laundry in the bathroom. However, her parents mention the balcony which Ariela agrees is a good place to dry the laundry. Big surprise, this is common in Africa, where there is constant sunshine to dry laundry! On seeing the kitchen, Janice wants to know where the rest of it is, as Ariela and Biniyam stand there, looking humiliated.

Many 90 Day Fiance fans are angry at Ariela’s parents’ criticism, making comments like, “This was so bloody rude. I’m so annoyed that they didn’t give a damn about whether they were offending him or not.”  Another fan commented on how “disrespectful and entitled” they are. Meanwhile, for Biniyam, it is the nicest place he has ever lived.

Janice has been to Ethiopia before

Janice visited Ethiopia prior to Aviel’s birth and should know well what Ethiopia is like. How can she expect Ariela and Biniyam to live in luxury on his Ethiopian wages? Janice had seen the previous home Biniyam had found for them, which was in a terrible condition. With this new apartment, he is doing his very best for his new family.

While fans are furious at Fred and Janice Weinberg, it does make you wonder if this part of the show was scripted. They do not seem the type of people to be so downright rude and disrespectful. Fans now wonder if Ariela and Biniyam’s relationship can survive. Will she return home to America with their son? However, recent Instagram images do seem to point to them still being together.

The scenes from the teaser clip will air on TLC in Sunday’s episode of 90 Day Fiance: The Other Way at 8 pm ET.