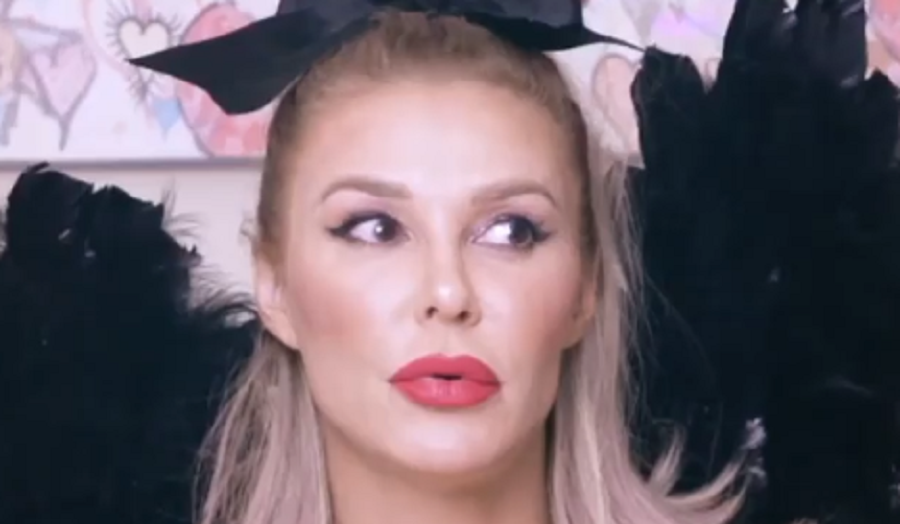 While she teased the rumors on Instagram, she flatly denied them on Twitter. As fans remember, Brandi alleged she hooked up with Denise Richards. Well, it turns out that she’s not happy with the Wild Things actress. Brandi thinks Denise is spreading the affair rumors about her.

Read on to learn more.

On Season 10 of The Real Housewives of Beverly Hills, Denise Richards found herself at odds with her former co-stars. She was accused of hooking up with Brandi Glanville. Also, Brandi alleged that Denise talked about her co-stars behind her back. Denise has since denied Brandi’s claims.

In one episode, Denise alleged that Brandi bragged that she hooked up with other Housewives. Now, Brandi is claiming that Denise’s team is responsible for the “hookup” rumors that have been plaguing her. It’s gotten so bad that it’s affecting her friendship with Kim Richards. On Wednesday, November 18, Brandi took to Twitter to comment on former RHOBH co-star.

The reality star thinks Denise is allegedly spreading the rumors about her and Kim Richards hooking up. According to Brandi, the Bold and the Beautiful star is trying to get her revenge.

One fan called her out for spreading lies about Denise. He referenced to Brandi’s claims that she and Denise hooked up in the past.

“You didn’t care when you published about you and Denise who you were hurting brandi? What’s different?” the fan wrote.

“The truth and a lie!” Brandi responded.

The truth and a lie!

But that’s not all. Brandi Glanville also called out Lisa Vanderpump for talking about her on her podcast. Both RHOBH co-stars love to dish it out on their respective podcasts. And there are going to be moments when they talk about the Bravo show.

While some Housewives are afraid of Vanderpump, Brandi made it clear that she’s not one of them. She responded to some of the comments the former RHOBH star made about her on her podcast, All Things Vanderpump. During the episode, Vanderpump shared her thoughts on Brandi’s alleged hookup with Denise.

“[Denise]’s got children and she’s got a husband,” Vanderpump said. “[Brandi] never needed to ever say anything. I understand [her not wanting to be the other woman] but then don’t bring it up.”

Dear LVP You continually when on talk shows saying that I was irrelevant and you wouldn’t talk about me… but now on your OWN podcast you’re choosing to talk about me constantly so which is it? Also you have no idea what happened between Denise &I you were not there remember?

“Dear LVP You continually when on talk shows saying that I was irrelevant and you wouldn’t talk about me,” Brandi tweeted before adding, “but now on your OWN podcast you’re choosing to talk about me constantly so which is it? Also you have no idea what happened between Denise &I [sic] you were not there remember?”

Brandi has a point. Vanderpump left after her explosive fight with Kyle Richards on The Real Housewives of Beverly Hills Season 8. The drama took place during Season 10. But it appears that Vanderpump has been keeping up with the Housewives despite not being on the show. She’s not the only one, as Camille Grammer still watches the show religiously as well.