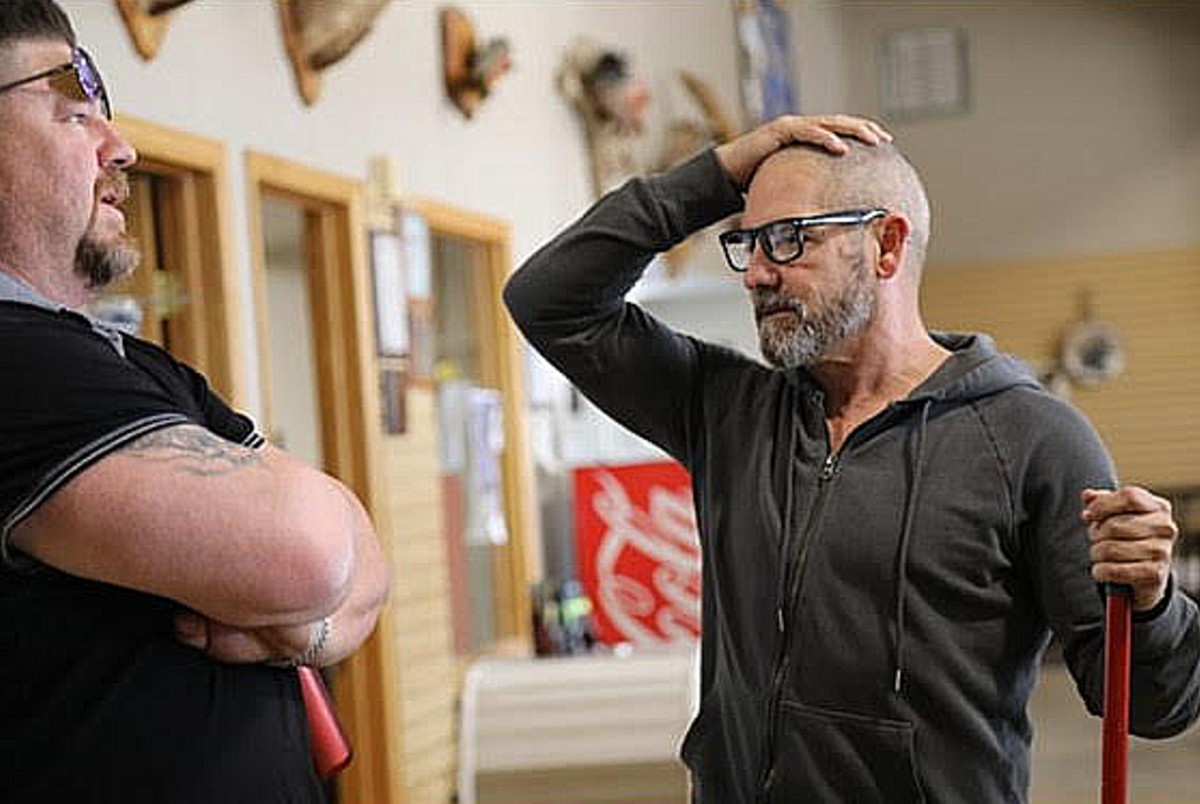 In 90 days, three business tycoons will copy the premise that Glenn Stearns set out in season one of Undercover Billionaire. They will use his formula and create a solid business from a 100 dollar investment.

Discovery announced the news today via a Facebook Live event.

In the first season, self-made businessman Glenn Stearns bet big that the American Dream was still viable. Viewers watched as Glenn was given $100 and no access to his contacts or wealth as he dropped into a city he’s never been to see if he could build a million-dollar company in 90 days.

Turned out, Erie, Pennsylvania was better for it.

The new season of Undercover Billionaire

Inspired by Glenn’s daring bet, three new entrepreneurs have signed up to embark on the same wealth and business building  challenge.

This season, three successful entrepreneurs are betting $1 million that they can go undercover in three different cities, start their own business with just $100 and top the million-dollar mark in just 90 days. At the end of the challenge, each of them will reveal their true identities to the people who helped build their business. But will they be able to turn their big ideas into a reality? And can they navigate the impact of COVID-19 that has forced so many businesses across the country to shutter?

Each person will need to rely on their own unique secrets of success. Everyone has their own game plans, secret business hacks and strategies. After all, there’s more than one way to make $1 million dollars.

The entrepreneurs going undercover this year include:

Grant Cardone, described by the network as “an unapologetic entrepreneur and international motivational speaker, real estate investor, sales trainer and author of best-selling publications, including The 10XRule and Be Obsessed or Be Average.”

The traditional concept of the American Dream — work hard, save money and own a home is bad advice according to Grant. He thinks “cash is trash when it sits idle.” Grant wants money and your contacts to work for you.

Monique Idlett-Mosley is the founder and CEO of Reign Ventures, a technology fund. She has generated hundreds of millions for the startup companies she’s collaborated with. Born without a silver spoon, Monique proved herself as a young executive on the rise at USA Today. She made her first fortune by creating an agency that partnered corporations with entertainment and sports stars. Monique went on to become the brains behind the Mosley Music Group.

Elaine Culotti, a real estate developer, interior designer, builder, founder of House of Rock and visionary. A serial entrepreneur since the age of 14, Elaine broke into the male-dominated construction business and bulldozed her way into becoming one of the industry’s biggest players. Elaine doesn’t let anyone or anything stop her from achieving her goals. She has developed and built everything from luxury homes to casinos and hospitals.

There’s a spin off of Undercover Billionaire

In this new series, Glenn Stearns returns to Erie, Pa., where he built his business, Underdog BBQ, in just 90 days. Now he has a new mission: rescuing small businesses on the brink of dissolution.

When the economy hit the skids earlier the year, Glenn was contacted by other Erie businessmen and women who were struggling to keep their own dream alive. Each episode will follow Glenn as he works to turn around one of these small businesses. After assessing their operation and identifying areas to change, he’ll work with them to transform it in just 27 days. Why 27 days? The average small business in America has just 27 days in cash reserves. Glenn believes that if a business can’t turn it around in that amount of time, they’ll never be able to.

Each episode will provide lessons and advice on how to stay afloat and grow. Glenn will help to lay out a plan to reach their money-making goals. Though, no money will be handed out. Viewers will get simple tips on how to earn fast money and thrive despite all the odds.

“From diners and boxing gyms to coffee shops and rust belt manufacturing, Glenn will share all that he’s learned and might have a few surprise tricks up his sleeves as well,” according to the press release.

The creatives behind the two series

The series is made for Discovery Channel by This is Just a Test.

For This is Just a Test, Aengus James, Colin King Miller, and Tim Warren are executive producers as well as Michelle Galster as executive producer for For Undercover Billionaire: Comeback City is produced by Glenn Stearns who serves as Executive Producer for both series.

To catch fans up on last season, Discovery will be re-airing the first season of UNDERCOVER BILLIONAIRE in a marathon line-up on Small Business Saturday, beginning at 11 AM ET/PT on Saturday, November 28.