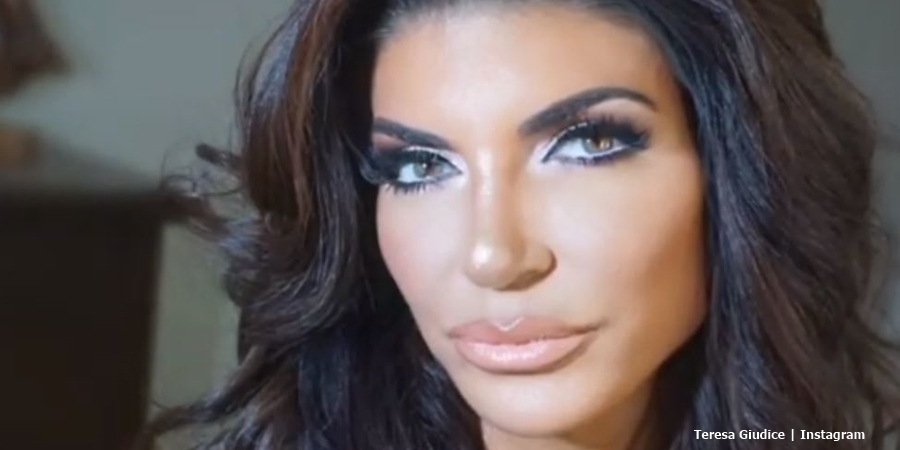 Teresa Giudice moved on from Joe, who lives in Italy now. Rumors arose that in the next season of Real Housewives of New Jersey, fans see her dating again. Well, she later confirmed her new man is Luis Ruelas. He co-founded Digital Media Solutions and comes along with the kids from a previous marriage, But now, some allegedly dodgy behavior emerged.

Back in the first half of this year, Teresa got rid of the bed she and Joe shared for 20-odd years. Plus, she refurbished her home. So, new home, new bed, new man looked like a definite thing for the Bravo star. Of course, sources and insiders brought a lot of speculation about her dating. And, word came out that RHONJ covers it in the anticipated 2021 season.

Real Housewives of New Jersey fans then heard that Teresa Giudice dates Luis Ruelas. And, All About The Tea noted that “both her ex, Joe Giudice, and Luis’ ex-wife, Marisa DiMartino…extended their well wishes.” However, The Sun noted that Luis not only previously married Marisa, he also became engaged to another woman. His ex-fiance alleged some controlling issues.

The Sun reported that they dug up some court papers in New Jersey. In early 2019, Luis proposed to her, but between then and October of that year, accusations came. Allegedly, he “engaged in ‘controlling and abusive behavior.”‘ The ex filed the lawsuit in April this year, but the outlet noted that she dropped it in May. So, after about five weeks the ex retracted the suit. So, maybe they settled out of court.

Of course, fans of Teresa Giudice might feel some concern as other allegations involved alleged “gift-giving” followed by abandonment, through to her being “padlocked…out of the [New Jersey] home that they shared.” One of those gifts included a company that revolved around some sort of “social work.” She believed that she took control of it, but he “arrogated unto himself” held sole control over the company.

After claiming “controlling and abusive behavior,” she also claimed “severe mental distress.” The Sun also cited that allegedly, Luis intended to “destroy and tortuously interfere with [her] business.” And that he acted like that in order to “seek personal revenge against [her].'” Allegedly, he also threatened her with compliance or he’d destroy her “reputation.”

On All About The Tea‘s Instagram account, Teresa Giudice critics commented. One of them wrote, “Great ‼️‼️‼️‼️Teaching your daughters how to pick an abusive man.” However, as one person commented, fans can’t really know the truth of the allegations against Luis. So, they just wish her the best.