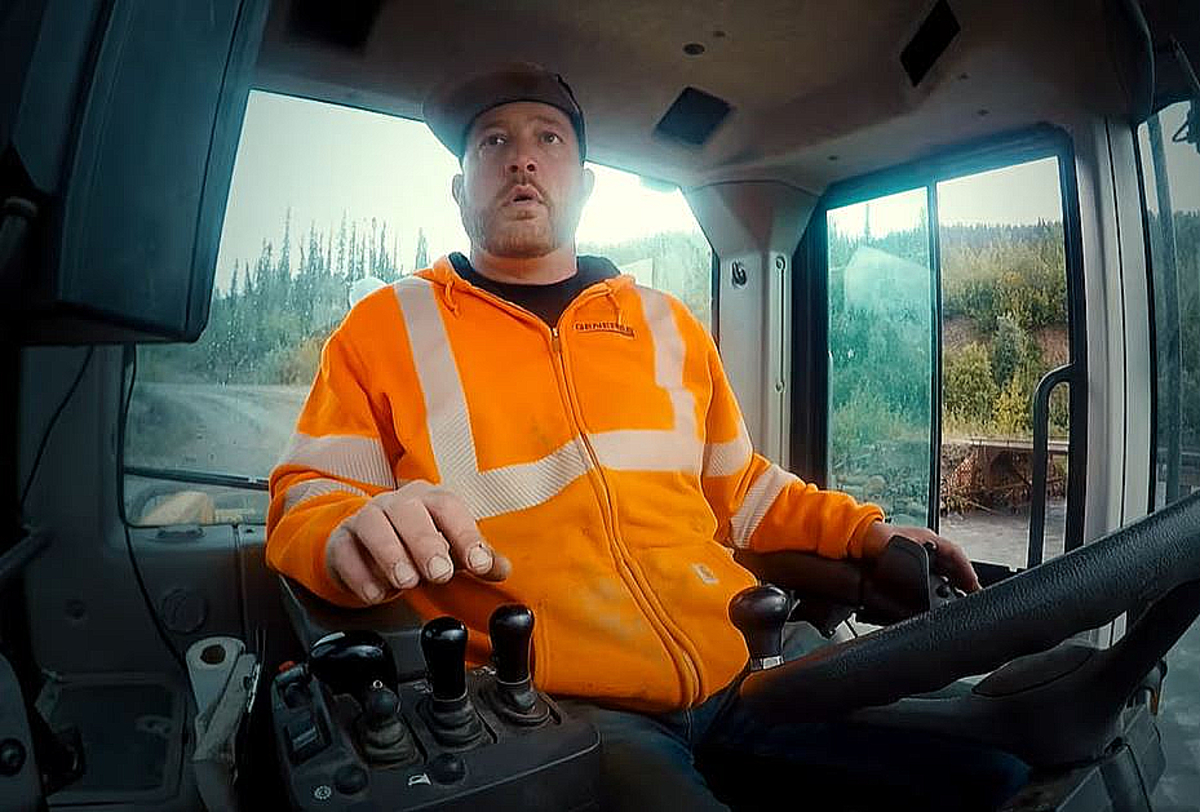 On Friday night’s next Gold Rush on Discovery, still behind the eight ball, Rick Ness is up to his neck in new trouble as mechanic Carl Rosk is trying to help him move a wash plant across a river that has steep access and lots of questionable maneuvering.

Carl is helping Rick get the washplant moved, but Carl’s hookups and the secure towing seem a bit precarious at best.

Ness notes in the preview video below that he needs his washplant set and able to generate more money to pay for all his expenses that are piling up on him.

What happens to Rick Ness on Gold Rush?

TV Shows Ace exclusive clip reveals that Carl is somewhat sure of his engineering in this move of heavy equipment.

All thirteen tons of the hopper feeder now rests on Carl’s down and dirty tow hitch.

Ness opens the clip and says: “I need to get this feeder in as quick as possible. I would need to get Troy the 100 ounces [of gold] by the end of the week and I just spent it on this feeder, so the only way to make it back is get it working.”

Carl says: “Oh it’s looking alright… it’s like you say the creek crossing is going to be the big thing for it…” He notes the steep access point of where Rick needs to back in the wash plant.

Carl is confident in Rick and says he is doing a good job. We watch the slow progression, and the plant seems like it will fall off the vehicle holding the edge of it. If Carl’s hitch fails there goes $75,000 of Ness’s money right into the creek. It could be ruinous for Ness.
The nerve wracking event ends in our clip with the sound of crashing heavy metal, will the wash plant survive this maneuver or wll Ness’s season be over with tonight?

Last week, Tony gambled on a hidden strip of paydirt. Parker’s crew grumbled as they worked overtime to run both wash plants in hope of a big payoff. And Rick is in the last chance saloon, and he scrambled to keep is small crew running.

Ness was two months late getting started. He must deliver 100 ounces to his lease holder Troy at the first 30 days or he will be shut down. His short season means that every second counts at Duncan Creek. He noted he should have been put in the field a lot more last year than he was.  He managed to talk Carl Rosk into coming back after they had a rift last season. Carl is tasked to keeping the expensive 700 excavator used to dig out paydirt running.

In addition to watching the series on Discovery, viewers can check out new episodes each week on DiscoveryGO.