Has TLC decided to cancel or renew LPBW for Season 22? Turns out, Amy Roloff has the inside scoop. And, she recently decided to spill the beans.

Matt Roloff has been giving fans of Little People, Big World some mixed information about Season 22. A month ago, he revealed he wasn’t a huge fan of the series popping up on the TV. In fact, he fessed up during an Instagram Live that he felt the urge to hide under his bed when episodes of LPBW aired on television. Did he wish TLC would cancel LPBW instead of renewing it for another season? This was something viewers feared.

Now, a month prior to the revelation above… Matt Roloff was singing a completely different song. He cleared the air on Season 22 of LPBW in the comments of one of his Instagram posts. What did he have to say? Well, he reassured fans the TLC series was NOT getting taken off the air.

So, did TLC cancel or renew Little People, Big World? Will we get to see a Season 22? Fortunately, Amy Roloff has decided to spill the beans on the future of the TLC.

According to Soap Dirt, Amy Roloff spilled the beans on Season 22 of LPBW on her Instagram Story at the beginning of the month. How did she do that? Well, she dished that she was getting tested for COVID-19 pretty regularly so they could film episodes of the series.

Considering Amy Roloff has long since moved off of Roloff Farms, which was the focus of Season 21, we can assume she’s talking about filming a fresh season. 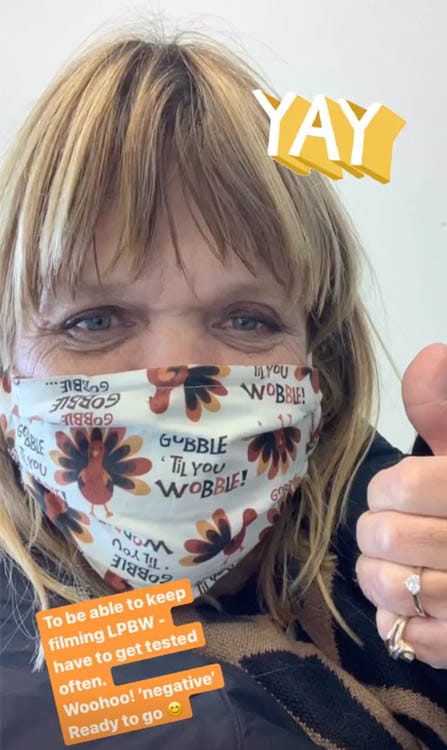 Now, we recognize the fact that neither Amy Roloff nor Matt have come out and confirmed Season 22 of LPBW. And, TLC hasn’t confirmed whether they decided to renew or cancel Little People, Big World. But, reading between the lines… It certainly seems as if that is the case.

Will Season 22 of LPBW be any good?

During the Instagram Story where she spilled the beans, she may have also warned of a boring season. Amy Roloff opened up about how the producers ask questions about what is going on in their lives currently. Unfortunately, because of the pandemic, she admits there aren’t really good answers to that type of question. Could COVID-19 make for a boring season? Only time will tell.

Do you like knowing Amy Roloff more or less answered whether TLC decided to cancel or renew LPBW for Season 22? Share your thoughts in the comments.