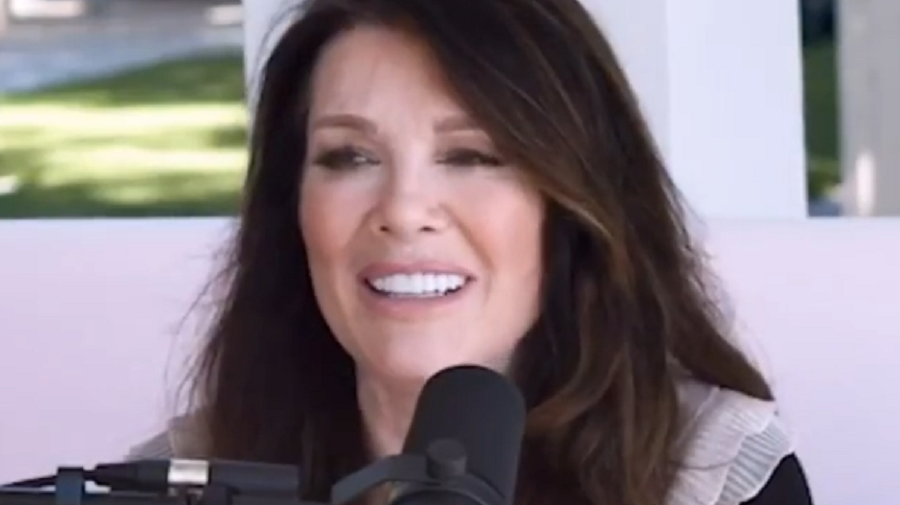 Lisa Vanderpump addressed the future of Vanderpump Rules. As TV Shows Ace, Season 9 of the Bravo series is currently up in the air. The coronavirus pandemic impacted this show more than others. Then, in June, Bravo announced the firings of Stassi Schroeder and Kristen Doute.

SUR reopened in late September. Then in October, Jax Taylor said that filming would start soon. But production still hasn’t resumed. Even Vanderpump has no idea whether the show will be renewed for a ninth season. Despite the uncertainty, she made it clear that she and her co-stars will return to television at some point.

In the latest episode of her All Things Vanderpump podcast, the former Real Housewives of Beverly Hills co-star teased the new cast members for Vanderpump Rules Season 9. During that same episode, Lisa Vanderpump claimed James Kennedy used Kristen Doute to get on the show. She also had some kind words to say about his current girlfriend, Raquel Leviss.

“We don’t know when it’s going to be picked up because we haven’t opened the restaurants yet and everybody’s in masks,” she explained. “But we always have new people working at the restaurant. We always try and add people.”

Vanderpump said she would love to see new faces on the show. However, not everyone is on board with the idea. Fans weren’t crazy about the newbies on Season 8 of Pump Rules. They felt there were too many new cast members.

“It’s also a lot about who wants to be on a reality show,” Vanderpump added.

She admitted that she hasn’t kept in touch with the cast. But she’s still in close contact with James Kennedy. Vanderpump admitted that “James Kennedy shagged Kristen so he could be on the show,” before adding that he is “doing so well.” He just celebrated one year of sobriety after displaying his drinking problem in previous seasons.

“I keep up with him and he’s doing very well,” Vanderpump said. “James, I love you.”

Then, she kept that love going. The Bravo star said that James’s girlfriend, Raquel Leviss, is the “best thing that ever happened” to him. Vanderpump is looking forward to seeing the model come into her own person.

“She’s a lot more confident. She’s really good,” Vanderpump continued. “When she has a point, she won’t back down. I adore her.”

Vanderpump Rules Season 9 is still not in production. On Thursday, November 12, E! News reported that there is “no timeline” for the cast to return to the show. The report also confirmed that the reality series is currently on hold.

“There is now no timeline for the show’s return,” an insider told the outlet. “With so many uncertainties during the COVID pandemic, showrunners are telling the crew that the show has not been canceled, but the upcoming season is currently on hold, and asking them to please sit tight until the future is more clear.”

While the show is still “on hold,” the cast continues to share their lives on social media. So, fans aren’t totally out of the loop. If and when the series will return, it will be without Stassi Schroeder, Kristen Doute, Max Boyens, and Brett Caprioni. Bravo let them go for their past racist comments and actions.

What are your thoughts? Do you think Vanderpump Rules will return? Sound off below in the comments section.