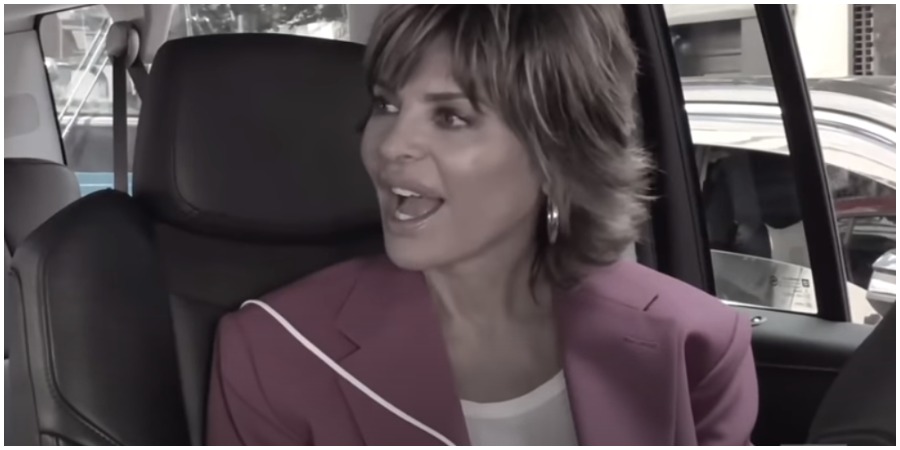 Lisa Rinna and Harry Hamlin seem like cool parents, but they may not be happy about their 19-year-old daughter Amelia Hamlin’s new boyfriend. The young model is said to be dating Keeping Up With The Kardashians star, Scott Disick, 37.

Amelia and Scott have said to be spending a lot of time together as of late, and it could be causing her parents a bit of worry. Sources tell E! News that Lisa and Harry are still bummed about Amelia and her previous boyfriend calling it quits.

“Harry and Lisa were sad to see Amelia and Mercer Wiederhorn split because they loved Mercer. He was like family, but they understand.”

As for Amelia’s budding romance with Scott, The Real Housewives of Beverly Hills star allegedly believes that it’s “just a phase.” Meanwhile, an insider tells the outlet that Lisa’s co-stars have raised eyebrows when it comes to the relationship. Perhaps, fans will see the actress open up about her daughter’s new romance during an upcoming episode.

Whether its a phase or not, Amelia looks to be smitten with her much older man. The two were recently seen snuggling up on the beach together as she rocked a teeny floral bikini, and he sported a black t-shirt with matching swim trunks.

“They took a walk and enjoyed the incredible weather. Scott pulled Amelia in close and put his arm around her. Then they had lunch by the beach and were chatting and laughing. They enjoyed the afternoon and sat up on a balcony enjoying the view,” the source confirmed.

It remains to be seen if Scott Disick and Amelia Hamlin’s relationship will turn into anything serious, or if Lisa Rinna should have cause for concern. Scott has really only had two serious relationships since shooting to fame.

The first was with Kourtney Kardashian, whom he dated for about decade. The couple share three children, Mason, Penelope, and Reign. They also continue to spend a ton of time together as Scott is considered a vital part of the Kardashian family. Kourtney and Scott officially ended things back in 2015, but fans often still root for them to get back together.

The other was with model Sofia Richie. Sofia is the daughter of singer Lionel Richie, and also much younger than Scott. The couple began dating in 2017, but split earlier this year.

Scott’s not looking for anything serious at the moment

As for now, sources claim that Scott is taking things slow with Amelia.

“Scott’s having a good time. He’s getting to know Amelia and enjoying her company. They are spending a lot of time together but it’s nothing serious. He’s having fun with it.”

Scott Disick and Amelia Hamlin were first linked last month when they attended Kylie Jenner’s Halloween party together. However, their recent beach outing really had fans talking about the state of their romance. It looks like there will be a watchful eye over the couple, as well as Lisa Rinna and Harry Hamlin’s reactions, as the duo continue to go public with their relationship.