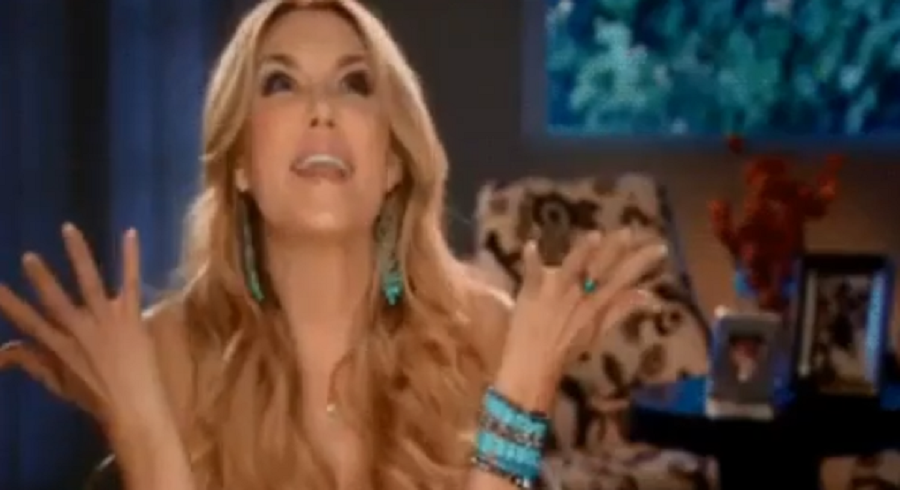 Brandi Glanville is fighting back. As TV Shows Ace previously reported, she allegedly hooked up with Kim Richards and Carlton Gebbia from RHOBH. This comes after the whirlwind Season 10 of The Real Housewives of Beverly Hills. Fans remember when Brandi alleged she hooked up with Denise Richards.

That became the main storyline of the season. Soon thereafter, Denise found herself at odds with the other cast members. It also led to her subsequent departure from the show. Now, Brandi is finding herself at the center of affair rumors.

She took to Twitter to address the rumors over the weekend.

“I have NEVER had a 3some with @KimRichards11 unless you count her 30lb cat that sleeps on my chest when we have girls nights,” she tweeted.

In a follow-up tweet, Brandi slammed the “bloggers” who were “spreading BS and lies” about her personal life. On Season 10 of RHOBH, Denise Richards revealed to her co-stars that Brandi told she hooked up with several cast members from the show. An anonymous source told #NoFilter podcast host Zack Peter that Kim Richards was one of those women.

Tell that to the bloggers spreading BS and lies.

On Friday, November 13, Brandi Glanville shared an old photo of herself walking alongside Kim Richards and Carlton Gebbia. All three ladies wore high heels with red soles. Her followers wanted to know why she chose this particular photo, especially amid the affair rumors.

“Throwback Thursday with two of my favorite ex-housewives Kim and Carlton,” Brandi captioned the post.

“This is [the] 3some the blogs were on about! [eye emojis]” one fan wrote.

“I’m sure that’s why she posted it!” another user responded. “That’s the only reason she’s posted it. She’s an attention seeker,” a second follower chimed in.

In addition, Brandi shared a cozy photo of herself with Kim.

“One year ago tonight this is what we were doing,” she wrote in the caption along with the hashtag #BlondeandBlonder.

One fan asked: “She single doe?”

Another fan wrote: “Are you two still friends?” to which she responded, “of course.”

The Real Housewives of Beverly Hills Season 11 is currently in production. However, Brandi is not returning to the series. So, fans will not get another affair storyline. But that hasn’t stopped fans from thinking Brandi wants her diamond back.