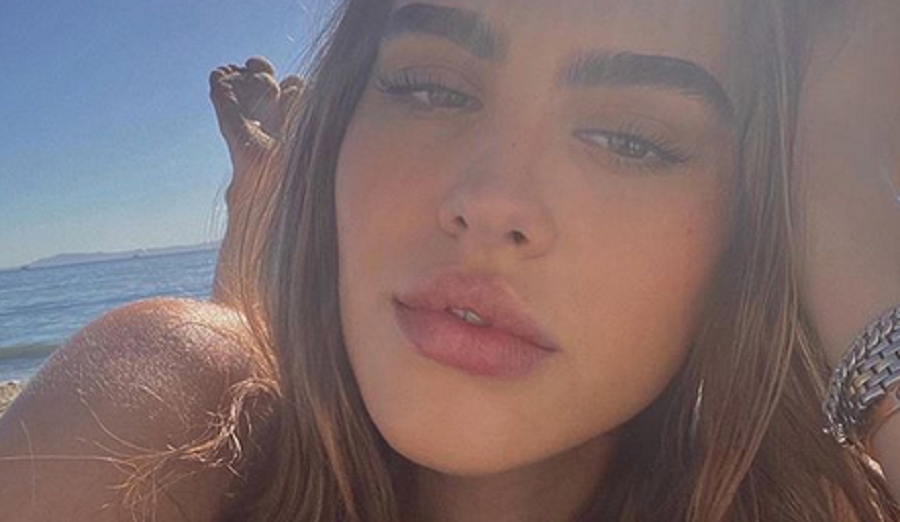 Amelia Gray Hamlin opened up about her breast reduction. She revealed the moment that led her to have the surgery. The 19-year-old recalled the painful incident during an interview on the “Skinny Confidential: Him & Her podcast.” Amelia even admitted that her mom, Lisa Rinna, wouldn’t be happy to hear the story.

Amelia Gray Hamlin was just 16 years old when she got breast reduction surgery. She made the move after her piercing got infected. During the time, the model was just “12 hours away from going into sepsis,” which is a life-threatening condition triggered by an infection.

At first, Amelia went to the emergency room where doctors told her she had a kidney infection. But, she wanted another opinion. So, she saw a disease doctor at Cedars Sinai Hospital, who told her that she had strep in her left breast. Her nipple piercing got pulled and cause a tiny abrasion in her body.

“I already had the strep living in my system and then it went to that part of my body because it was an open wound,” Amelia explained. “When I tell you, my boobs were this big. And I, like, didn’t just get those down naturally. … I had to fully get surgery.”

She admits she “never talked about” her breast reduction surgery before. Amelia joked that her mom is “gonna kill me.” But it’s something she never made public. She also joked that her surgery “made my boobs so uneven” that she wanted to live with the effect for the rest of her life.

During that same interview, Amelia Gray Hamlin talked about her battle with anorexia. Her specialist told her that she wouldn’t live if she allowed her eating disorder to consume her life. At the time, she was underweight and malnourished. Amelia’s family begged her to get help.

“He looked at me and he was like, ‘So yeah, basically at this rate in about four months, you’re going to be 45 pounds and you’re going to be dead,'” Amelia said. “I just snapped out of it. … You don’t need to be skinny to, like, live your best life. Like, it’s either be skinny and die or [be] happy and be who you are.”

Amelia previously opened up about her eating disorder on The Real Housewives of Beverly Hills. But this latest revelation about her breast reduction surgery surfaced on Wednesday, November 18. While Amelia’s mom may not be happy to hear about it, it’s clear that Amelia wants to be as honest as possible. She’s also an advocate for positive body image and mental health.

Are you surprised to learn Amelia Gray Hamlin had a breast reduction at such a young age?