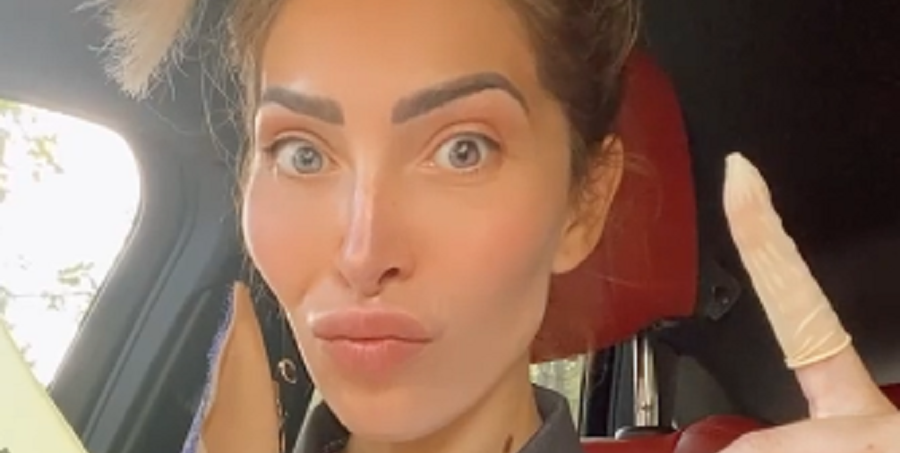 Teen Mom alum Farrah Abraham wants to put a stop to “child violence.” On Sunday, November 16, she posted a new video on YouTube. The MTV star also offered some parenting tips. She took the time to offer advice to parents and to speak out on violence against children.

The television personality took to YouTube to share parenting advice. Farrah Abraham claimed that she’s “an ambassador for a global foundation for children around the world.”

“It takes the world to end violence against children,” she said. The former adult actress believes she’s the perfect person for the job because she had therapy. Farrah claims she has worked on herself, so she’s “pandemic proof.” She claims that others come to her with parenting advice, so she thought it was a good time to share her tips.

MTV star tells parents to focus on their needs

Farrah Abraham addressed the coronavirus pandemic. In the video, she revealed that more families are spending time together these days. She advised that parents should focus on their own needs if they can’t escape their families.

“When you get frustrated, and you’re forced to spend more time with family than what you’re used to or what you want, you need to dig within yourself and take a moment [to ask yourself] what you need,” Farrah explained.

The reality star stressed the importance of self-care. She calls it a “building block” for taking care of yourself as well as your children.

However, she understands that these times are “difficult.” Despite what stress parents are under, Farrah Abraham says it’s important to “keep your cool” whenever handling your kids. It’s important for parents to set a positive example for their children. Of course, Farrah used a poor choice of words.

She also warned parents to notice when they’re under stress. Those stressors can affect their interactions with their children. Farrah also encouraged parents and children to find a way to get along, even in these stressful times.

Farrah added that some parents may not realize their actions are abusive. Instead, they should pause and reflect on their actions.

Parents and kids should work together

Farrah Abraham understands that each child is different. But it’s important for parents and kids to communicate.

The Teen Mom OG alum said the reason why fights happen is that parents don’t demonstrate the behavior they expect from their own children. Farrah shared that she never cusses, yells, or hits daughter Sophia. The TikTok star disabled comments for her YouTube video. It’s probably because she gets plenty of backlash on her Instagram account.

What are your thoughts on Farrah’s parenting advice? Do you think she has some good tips? Sound off below in the comments section.