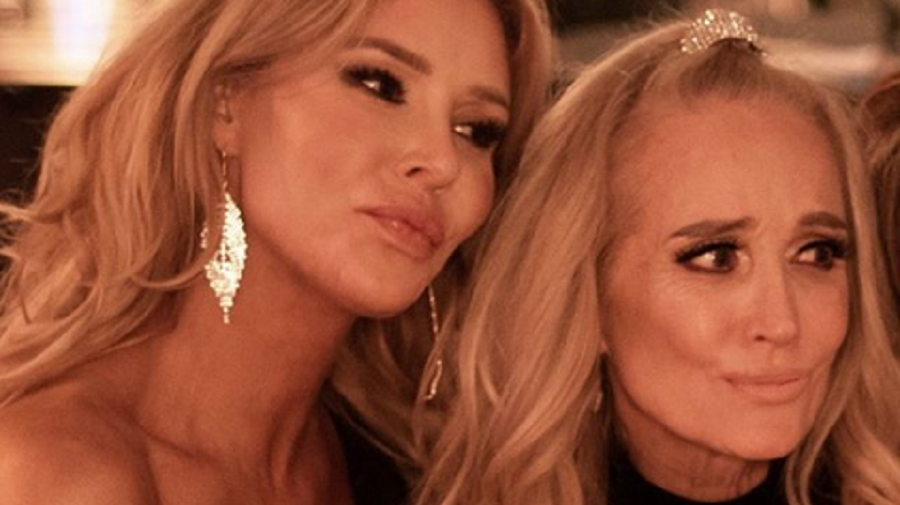 Fans remember when she was the center of the storyline in Season 10 of The Real Housewives of Beverly Hills. Brandi returned to the Bravo series to reveal that she had an alleged affair with Denise Richards. This increased tension among Denise and her co-stars. Shortly after the season wrapped, the Wild Things actress announced her departure from the show.

Brandi Glanville is the center of affair rumors once again

The anonymous source revealed that an unidentified man joined the ladies. Viewers recall that Denise hinted that Brandi talked about her past flings with her RHOBH co-stars. However, the women didn’t believe Denise’s claims. They thought she brought up the truth bomb to distract from her own cheating scandal.

Kim Richards not happy to be dragged into the latest drama

The source revealed that Kim Richards isn’t happy with Brandi Glanville. Apparently, the two aren’t as close as they appear. She also didn’t like that Denise almost revealed her affair with Brandi on television. But Denise kept tight-lipped about the whole thing.

“Kim wasn’t there to defend herself,” the source continued. “It would have looked really bad had she actually exposed on the show as the person that Brandi slept with.”

In addition, Peter alleged that Brandi hooked up with Carlton when she was married to her now ex-husband, David Gebbia.

“They had a little fling because Carlton had an open marriage and they liked three-ways,” he alleged.

Brandi reacted to Denise’s claims during a previous episode of her “Unfiltered” podcast. She denied the former RHOBH star’s allegations. Instead, she claimed that she only had an affair with Denise.

“[Denise] made up crazy stories about me,” Brandi explained. “If she just wanted to say, ‘Brandi is lying. That didn’t happen,’ that’s her prerogative. But I’m not lying. It did happen. And then to make up stories about sleeping with the other women, I’ve never slept with anyone in that cast except for Denise.”

The Real Housewives of Beverly Hills Season 11 is currently in production. However, Brandi won’t be returning to the show. It’ll be interesting to see how this story will progress outside of the show. Do you believe that Brandi and Kim had an affair? Share your thoughts below in the comments section.