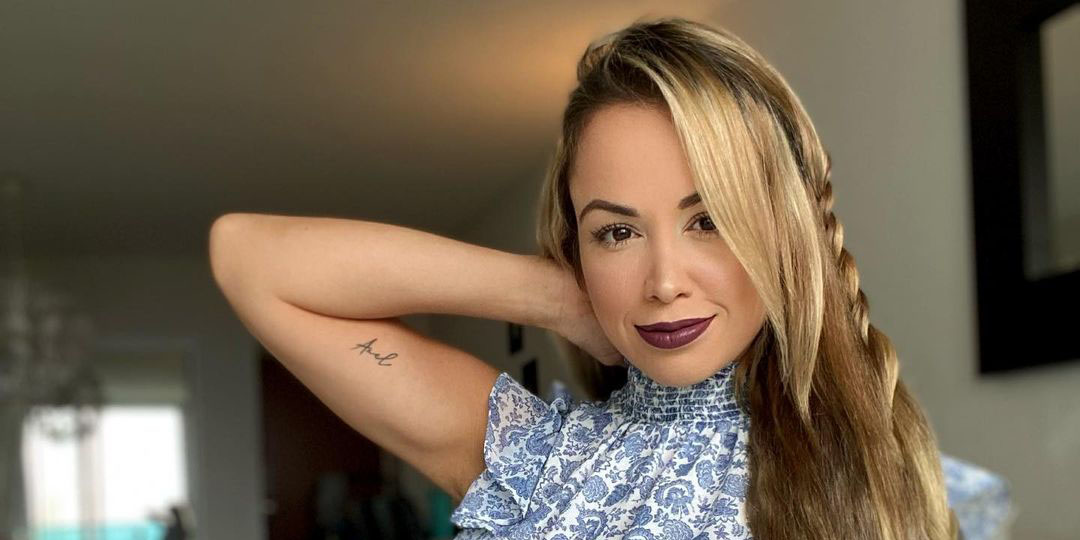 90 Day Fiancé star Paola Mayfield accomplished some major milestones since moving to the United States. For example, she maintains a healthy lifestyle, which she documents on Instagram. Unfortunately, her latest new look debut is getting flack from followers.

Of recent note, Paola shares a bikini-clad selfie with followers. People are quick to notice two things. First, her trademark long hair is now a short, angled, blunt bob. Before the drastic cut, her hair was waist length and dark blonde. Now it is platinum blonde.

The 90 Day Fiancé beauty captions the selfie, “so I did a thing,” people on Reddit are quick to judge. One comment retorts, “This is what happens when you wear extensions and bleach it to no end.” While that may be true, Paola seems as confident as ever with her new hairstyle.

Another noticeable thing in this particular selfie is it seems that her bikini top is fashioned upside down. According to several Reddit threads, this is a new trend in beachwear. However, Paola’s followers are skeptical. On Instagram, one fan asks if the upside-down top offers better support. Paola replies, “yes, it does,” with a heart emoji.

While better breast support may be a partial truth, a thread on Reddit points out that, “They wanna show their under boob.” Another follower comments that Paola wearing her bikini top this way is “not a good public look w/ the bottom of the breast showing.” However, the same follower also acknowledges that Paola’s transformed her body.

Around the same time, Paola Mayfield posts her new look in her Instagram thread; she’s sharing bikini-clad photos in her Instagram Stories around the house with her son, Axel. Fans were quick to post to Reddit. The thread shows a screenshot of Paola’s abs and bikini bottom area with Axel playing in the background. The original poster asks, “Maybe I’m old-fashioned but is this normal.” Another follower is quick with a follow-up question and asks, “what’s up with her thirst trap photos with her kid?! So weird!”

Followers also wonder where Russ is. Some are even concerned he may be encouraging this behavior. In a low blow to Russ, the thread goes on a tangent about how Russ doesn’t have testicles because “Pao has his testes in her purse.”

Ultimately, the general vibe from followers is that this is inappropriate behavior around a child. One comment asks, “what her son [is] going to think of these pictures when he is an adult?”  Additionally, this comment reminds everyone that this isn’t a one-time occurrence with Paola Mayfield.

Paola Mayfield makes it known throughout her time on 90 Day Fiancé that she does what she wants. Seemingly, she ignores followers on her social media and continues to post scantily clad photos of herself. The argument could be made that these are motivational photos meant to help her fitness image and brand. However, there hasn’t been any confirmation of such from Paola.

While Paola Mayfield’s new look gets mixed reviews, it’s hard to tell what her intentions are with all the “thirst trap” photos. Especially since she hasn’t (yet) responded to any of the negative comments. Stay tuned to TV Shows Ace for more 90 Day Fiancé and other reality television news.