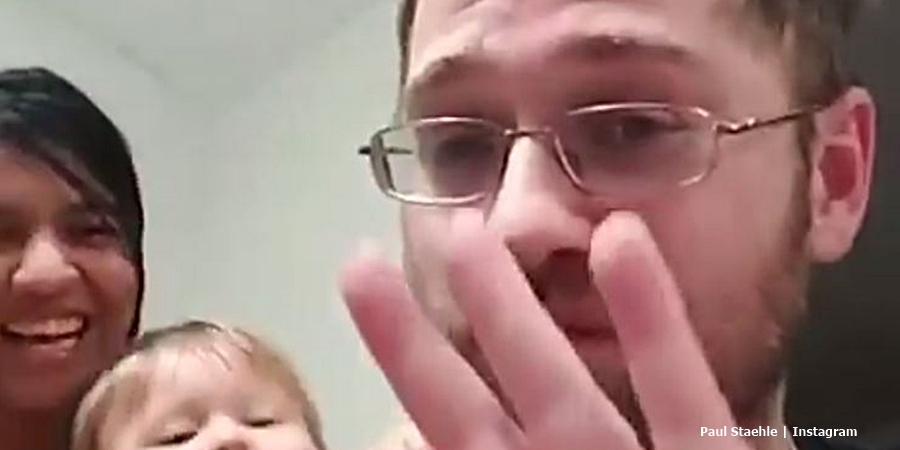 90 Day Fiance fans heard that Karine got pregnant again. Plus, she went and hid out after allegedly accusing Paul of rape. Then came lots of accusations and counter-accusations including the fact that Paul might not be the dad of her new baby. Later, Paul arrived in Brazil and they reunited and it all looks like honey and clover again. Now, they posed a photo of themselves alongside her 90-year-old grandpa.

On Friday, November 13, Paul took to his Instagram and shared a number of photos of himself with Karine. Her baby bump looks very obvious now. And, little Pierre also featured in the family photo. In front of them sat grandpa. In his caption, Paul wrote, “Karine’s Grandfather Just Turned 90 Blessed Years Of Life. I pray I am blessed to live 90 years like this amazing man.”

Well, he looks healthy, fans agree. But some of them mentioned that he looks rather non-thrilled about posing for a photo. Nevertheless, many of them sent in their birthday wishes to the old man. Meanwhile, some 90 Day Fiance fans wondered if this served as their official preggo photo. But we reported in October, that Paul already shared baby bump photos. That came on Facebook.

We reported that he shared the photo of the family on Facebook on October 14. And, he divulged that they named the baby Ethan. Before that, he shared about working hard to save their marriage. He noted, “It’s not gonna be easy. It’s gonna be really hard, and we’re gonna have to work at this every day. But I wanna do that because I want you. I want all of you, forever, you and me, every day.”

But, fans think this dysfunctional family might never work out in the end. On his Instagram post, one fan commented about “tears in the end.” Others asked him when he plans on “running away” again. And, others just slammed them for another baby when they obviously seem unhappy together most of the time. However, other 90 Day Fiance fans think that she looks way happier back in Brazil. Perhaps they plan on staying there more in the future.

Right now, it looks like they have no option but to remain in Brazil. According to The Blast, after Karine’s allegations of abuse, they got fired by TLC. And, Karine lost her green card. As the USA embassy remains closed in Brazil because of COVID-19 they remain stuck there for now. So, it looks like their domestic issues went beyond the pale for the network.

Somehow, he blames 90 Day Fiance fans for getting them fired with inefficient translations. Hopefully, Paul finds employment in Brazil.