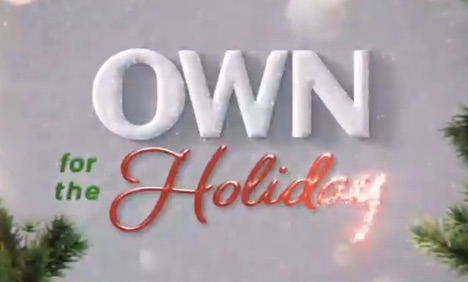 According to the OWN press release, network president Tina Perry announced that there will be three original Oprah Winfrey Network Christmas movies. They include A Christmas For Mary, starring Vivica A. Fox and Jackée Harry. Next, Cooking Up Christmas starring Lamman Rucker and Meagan Holder. Lastly, First Christmas, starring Idara Victor and Tonea Stewart.

Perry stated, “Following the overwhelming success of our inaugural holiday movie slate last year, we’re excited to announce all-new movies with heartwarming storylines the whole family can enjoy” All three movies will be premiering on Tuesday nights in December.

Moreover, it appears that this tradition will continue on past 2020, when she added, “We hope that viewers will continue to make watching our movies together a part of their ongoing holiday traditions.”

In addition to the three original OWN Christmas movies, they kick off the holiday season  with something special. The network will host Our OWN Christmas. This is a gospel music special hosted by Meagan Good and DeVon Franklin.

Our OWN Christmas premieres on Tuesday, December 1 at 9 p.m. Eastern.

OWN’s A Christmas For Mary

Lena knows what she will write about. Her late grandfather painted a portrait of a beautiful woman. Lena’s mother Deborah (Harry) agrees that this is a mystery. So, the intrepid reporter heads to Pineville, the small town that holds the answers to this mystery and to her heart.

A Christmas For Mary premieres Tuesday, December 8 at 9 p.m. Eastern.

Meagan Holder (Pitch) stars in OWN’s Cooking Up Christmas. Chloe (Holder), is down on her luck right before Christmas. This Atlanta-based chef was fired from the fine dining restaurant where she worked.

Chloe does find a job with pro baseball player Donovan Jackson (Lamman Rucker. Greenleaf). This single dad of three needs a full-time chef to get him through the food centric holidays. She takes this job because she dreams of owning her own restaurant. She can certainly give up her family holiday to work.

But, Donovan has two priorities. He wants good Southern cooking. He also believes family is his top priority. By the time the holiday season is over, Chloe’s priorities start to shift. Will her heart win over her mind?

It's holiday season on the OWN network.

Last is OWN’s First Christmas. Writer Halle Downing (Idara Victor, Alita: Battle Angel) had a tough childhood. She was given out for adoption and went through the foster care system. So, she jumps at the chance to meet some of her biological family, when she receives an invitation to spend Christmas in New Orleans.

There, she meets The Moores, which includes Halle’s biological grandmother “Memaw” (Tonea Stewart, A Time to Kill). Halle is overwhelmed with emotion when her grandmother puts her arms around her for that very first time.

Where does Halle fit in with the family? She feels quite unsure of things, as she observes that Tiffany doesn’t know how her family will feel about her new girlfriend, Paris (Amanda Tavarez, Queen Sugar). Tiffany wants her family to meet her new love.

But eventually, Halle figures out her place, and why she has found home, as she celebrates her truly first Christmas.