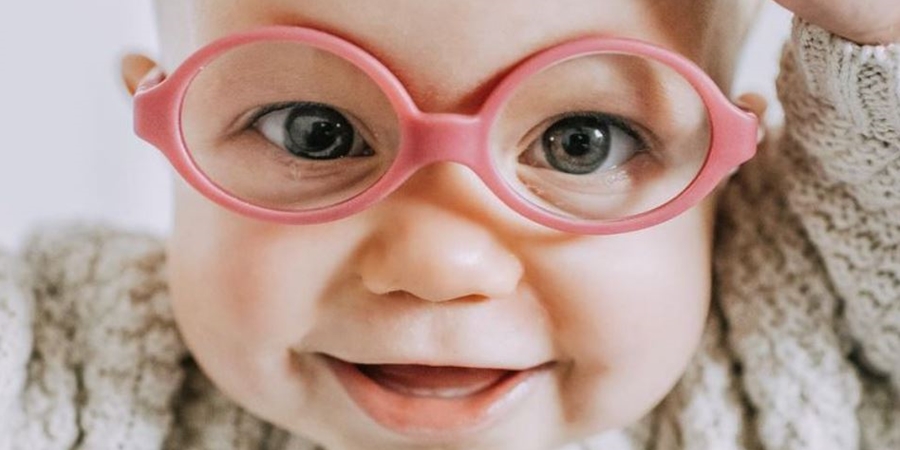 LPBW fans heard from Tori that her daughter, Lilah Roloff, never outgrew her squint eyes. And, she told them that her eye condition could lead to surgery. In the meantime, she got two pairs of eyeglasses. One black pair and one pink pair. Now, Tori shared a photo of her in her crib with her black ones on and fans gushed over it.

We reported that “lots of babies look a bit squint. But, Lilah won’t just get over it by herself. And if doctors can’t correct it, she may face surgery for her strabismus.” Basically, strabismus means someone has a “lazy eye,” and often, the optometrist tries correcting it with lenses. Or, they may arrange for a patch over one eye. But, if that fails, occasionally, they might need surgery for the condition.

Hopefully, it won’t come to that for the LPBW baby. When Little People, Big World star, Tori shared the first picture of her with glasses on, Lilah wore pink ones. Naturally, TLC fans agreed she looked very cute with them on. But on Friday, November 13 she shared one of her wearing some black eyeglasses. LPBW fans thought the pink ones suited her better. But, it still made for an adorable photo, they agree.

On Friday, Tori shared two photos of Lilah and two of Jackson both in the same crib. At the time, Jackon was about the same age as Lilah. Tori captioned it with, “Same crib, different kid. 💗💙.” She looked really cute wearing her little black eyeglasses. And, Little People, Big World fans agreed that the two kids looked quite similar at that age. But one photo of Lilah revealed her with her glasses on, and the cuteness level went through the roof.

LPBW fans just gushed over Lilah Roloff. One of them commented, “OMG !!! I just can’t with her cuteness ❤️❤️❤️❤️❤️❤️❤️❤️❤️.” And another one noted, “She is adorable & gets prettier with each month she grows.❤️❤️❤️.” Interestingly, Lilah looks quite happy with her eyeglasses perched on that little nose. So, one follower wrote, “I just can’t with the cuteness of Lilah in her glasses !!! 🥰.”

Little tolerate eyeglasses after a while

Some Little People, Big World fans wondered how Tori got Lilah to keep her eyeglasses on. Well, it’s not always easy, as What To Expect points out. The outlet suggests that children learn through routines when to wear them when not to bother. And, they also suggest that distracting the child with something fun often makes them forget they wear them.

It looks like LPBW mom, Tori already got her daughter into the habit of just leaving them on. And, she looks totally adorable, fans think. Do you agree? And, if you raised a little child with eyeglasses, feel free to share some tips in the comments below.