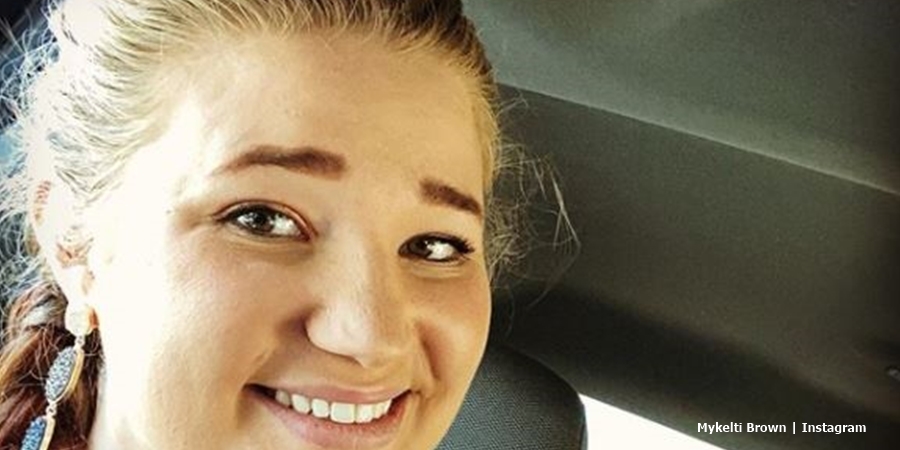 Sister Wives star Mykelti teased her fans with a baby name reveal. But, only after she sold a certain number of LuLaRoe items. Well, she aimed for 70 sales and promised fans a name if she hit her target. And now, she revealed the name, it comes from an unusual origin.

We reported that Mykelti almost bribed interested fans into buying from her LuLaRoe clothing line. Using her baby as bait, she promised fans a baby name reveal when people bought a certain number of clothing items from her. And, obviously, TLC fans felt interested enough to fork out some cash for the info. So, she revealed the name on her Facebook. It’s a rather nice-sounding name, but unusually, she felt affection for it because it reminded her of her first car.

The Sun UK revealed the name that the Sister Wives’ mom-to-be chose seems rather unusual. And, apparently, the origin of the name comes from “King Arthur and the Round Table.” The baby will live with the names Avalon Marie Padron. Of course, anyone who ever watched the movies or read anything about King Arthur is familiar with the name. It’s the name of the island where King Arthur’s famous sword Excalibur was crafted.

While the name sounds noble and rather exotic, that never motivated Mykelti Brown Padron’s decision. She recalls her very first car very fondly. She reminded her fans that she drove a “Toyota Avalon.” And, she also liked the name of that. Meanwhile, Marie comes with no specific attachment. But, she just enjoyed the sound of them when said together.

Actually, it’s not all that unusual for the Sister Wives family to choose slightly different names from the norm. Maddie Brown Brush’s fans long ago gave up the effort of trying to remember her baby girl’s name. Just about everyone calls her Evie K. But, her full name is  Evangalynn Kodi Brush. And, Gwendlyn varies slightly from the more often encountered Gwendolyn.

What’s in a name?

Even the name Mykelti, which comes from Hebrew, originally referred to a male. So, that’s a bit unusual as well. If you don’t know, Mykelti is the male Archangel, also known as Michael. And, according to Baby Name Wizard, sometimes people choose the name when they hope for a boy child. And, in fact, the baby name Avalon was used before, although it’s not very common. Famous people who gave their kids the same name as the Sister Wives’ star include “soap star Rena Sofer and British musician Julian Cope.” They gave the name to their daughters.

What do you think of Mykelti’s choice of name for her baby? Sound off your thoughts in the comments below.