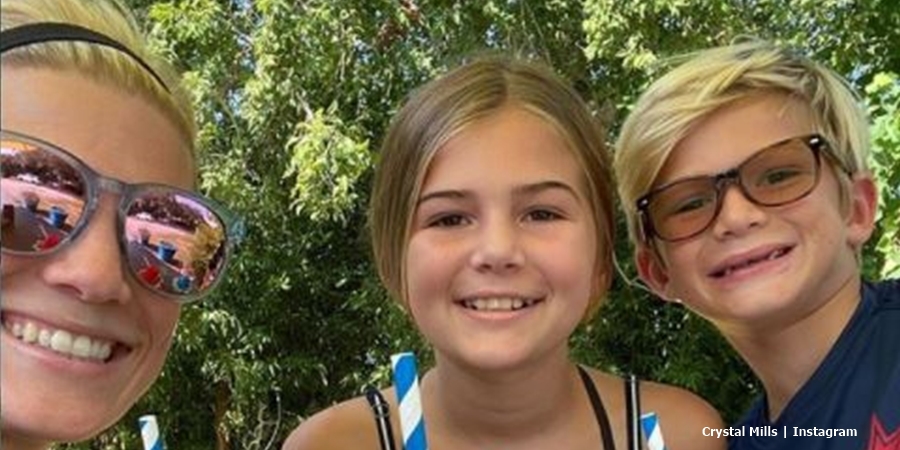 OutDaughtered fans often see the Busby cousins, McKenzie and Bronson Mills on the TLC show. Plus, Adam and Danielle often share photos of them out and about with Blayke and the quints. Now, Uncle Dale and Aunt Kiki, McKenzie’s mom and dad really aren’t ready for their daughter to start dating.

We reported that McKenzie started 5th grade at school this year. And now, news comes that she found a “boyfriend.” Lots of little kids will tell their mom and dad that they found a “boyfriend.” Often, they select a boy in class in pre-school that they sat next to. But at that age, they don’t fully understand the attraction.

You might recall, that in the season before last, the OutDaughtered quint, Hazel found a boyfriend. And, her teachers told Adam and Danielle she’s “boy crazy.” Actually, she loves sitting with the boys because they seem like fun characters. It really is innocent at that age, and bear in mind, Hazel’s got no brothers at home.

Aunt Kiki and Uncle Dale – Not ready for this ‘boyfriend’

On Monday, November 11, Aunt Kiki took to Instagram and shared a photo of McKenzie standing with a boy. She captioned her post with, “Watch out Daddy! It’s already starting! Our Kenzie Girl got asked to go to Homecoming football game by her “boyfriend”… he gave Kenzie her first Mum.” Then, she added the hashtag, “#wenotreadyforallofthis.”

Well, it might not become too serious for the OutDaughtered cousin even at the age of ten. HealthLine notes that most kids only really start becoming serious about a boy or girlfriend around the age of 12. But each child grows emotionally at their own pace. So sometimes, kids reach 15 or even 16 before they think about dating. Even then, some parents forbid that. Sister Wives’ star Gwendlyn mentioned on her social media, that Kody only allowed her to date at 18.

Many fans commented on Aunt Kiki’s post. One said, “I wouldn’t even admit to liking boys at that age…even though I secretly did😘.” And another one noted, ” Ohhh noooo, and now it begins! Quick put her in a cage Dad and lock it tight….lol.” Then, more fans wondered how Uncle Dale takes the news of a boy interested in his daughter.

One OutDaughtered fan suggested, “About time to have the Bad Boys 2 reenactment scene with @jacobmarceaux.”

Overall, though, most fans thought the first date seemed just very sweet. And they agreed that the “mum” looked awesome. Originally popular in Texas, the “football mum” spread in popularity “across the south and is now very common in states such as Louisiana, New Mexico, and more.