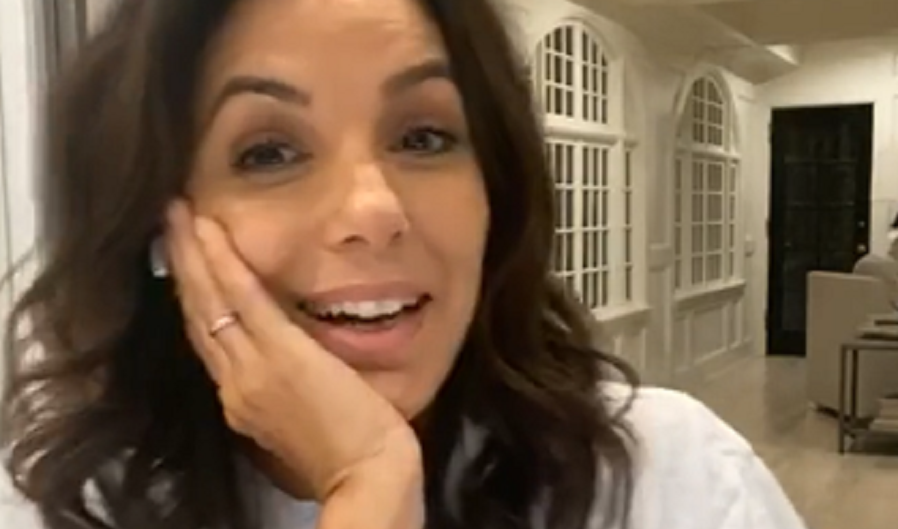 Eva Longoria faced backlash for downplaying Black women’s votes following the election turnout. The Desperate Housewives star upset many people with her remarks. She claimed that Latinas were the “real heroines” of Joe Biden’s victory. She also downplayed the voter turnout among Black women.

Fans slammed the 45-year-old actress on social media. Thousands of people accused her of “anti-Blackness.” Since then, Longoria has issued an apology. One person to step up and  support her is  fellow actress Kerry Washington.

Read on to learn more about the backlash and her statement.

Eva Longoria appeared on MSNBC following the results of the 2020 Election. She dismissed the outpouring of support Democratic Joe Biden received from Black women. During the interview, she explained that women and people of color remained responsible for Biden’s victory.

“The women of color showed up in big ways. Of course, you saw in Georgia what Black women have done but Latina women were the real heroines here, beating men in turnout in every state and voting Biden-Harris at an average rate of close to 3 to 1,” Longoria told MSNBC’s Ari Melber.

Following the backlash, Longoria issued an apology on Twitter. She expressed disappointment  that some took her comments the wrong way. Some claimed that she was “taking credit from Black women.”

“When I said that Latinas were heroines in this election, I simply meant that they turned out in greater numbers and voted more progressively than LATINO MEN,” she tweeted. “My wording was not clear and I deeply regret that, There is such a history in our community of anti-blackness in our community and I would never want to contribute to that, so let me be very clear: Black women have long been the backbone of the Democratic party, something we have seen played out in this election as well as previous ones.”

The truth about the election turnout

Eva Longoria and America Ferrera helped found “She Se Puede.” It’s a non-profit organization dedicated to empowering Latina women. Meanwhile, Black women and activists were not given credit for organizing and registering hundreds of thousands of voters. These voters rallied behind Democratic candidates. Stacy Abrams previously told CNN on Election Day that there has been an increase among Black women voters.

In addition, Democrats have done well with Latino voters. There was a high turnout among Mexican-American voters, especially in Arizona and Nevada. Democrats even received support in key states like Michigan, Pennsylvania, and Wisconsin.

Amid the controversy, Kerry Washington defended Eva Longoria. The Scandal star reposted Longoria’s tweet and added, “I know Eva like a sister. We have been in many trenches together. She is a fighter for all women. Read below. This is what she meant. This is how she truly feels.”

I know Eva like a sister. We have been in many trenches together. She is a fighter for all women. Read below. This is what she meant. This is how she truly feels. https://t.co/PcDNhLc1LK

In the meantime, President-elect Joe Biden is still leading President Donald Trump in the battleground state of Pennsylvania. He’s also leading the Georgia presidential race, according to AP’s live election results. If the lead continues, the state will turn blue for the first time in 30 years.