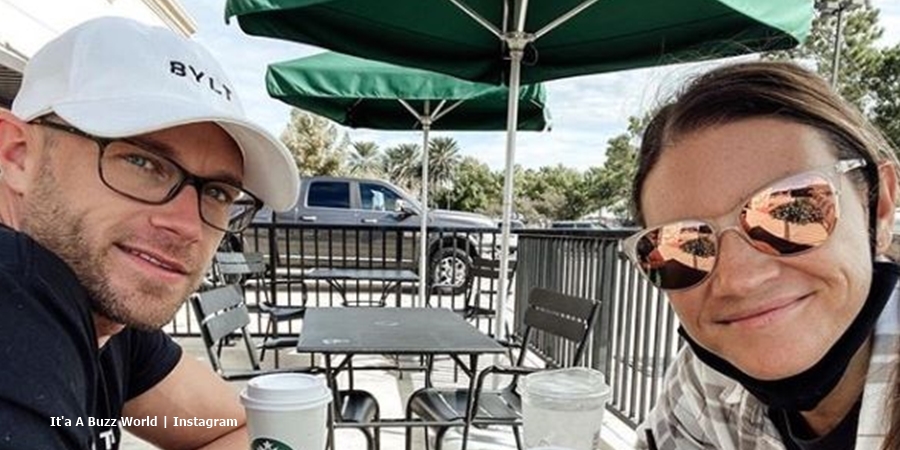 OutDaughtered fans saw that weekend photos revealed Adam and Danielle Busby got around a bit. In one where he talked about Danielle taking Hazel for an eye check follow-up, he tagged their location as Austin, Texas. Then on the same day, Danelle tagged another photo of them with friends at the San Antonio Riverwalk. So, fans grow confused as to their whereabouts. But, Adam shared a post that settled the argument.

OutDaughtered – where did Danielle go?

With the family moving around so much, at least in their geotags, no wonder sometimes confusion arises. Danielle shared more photos over the weekend. And, it revealed her doing a handstand inside a cave. And, the second shot revealed a beautiful underground scene with water. Some fans seemed convinced the photos were taken in Virginia. That seems like a long way away from either Austin or San Antonio. But, they could have caught a plane ride.

One fan argued about it, saying, “it’s actually in VA – VA IS FOR LOVERS ❤️.” However other OutDaughtered fans told those who thought they went to Virginia that these caves are definitely “in Texas.” And, in another post, Adam confirmed that. So, he settled the argument. And, seeing the place he tagged is much closer to San Antonio, that makes perfect sense.

Adam shared late Sunday about their trip to the caves in Texas. He captioned his post with, “Riley Paige coming in hot! Literally had to pry the girls off this ropes course! They had such a blast at @naturalbridgecaverns! We will definitely be back.” Well, discovered in 1960 by college students, the cave became a well-known travel destination 30 minutes north of downtown San Antonio.

The OutDaughtered dad’s photos never revealed the inside of the caves. But he promised that he definitely plans on using his footage for more It’s A Buzz World stuff. So hopefully, soon fans find more content on his YouTube channel. Some fans never heard of the place and asked about it. Well, according to the website, the canyon’s a fun place outside of San Antonio.

More about the caves and activities at Natural Bridge Caverns

The website for Natural Bridge Caverns reveals much more than just a few caves await visitors. It brings climbing, ziplines, fossils and mining, and places to eat and shop. Oh, and a 5,000 square foot maze. At Christmas, they hold a special event with a big Christmas tree, a “trail of light” and Christmas songs in the caverns. Outside of Christmas, like Danielle Busby, you may also explore the caves.

The OutDaughtered family could choose from four different cavern tours. And, one of those takes small VIP groups.

Did you need Adam to geotag the place to know they visited caves in Texas and not Virginia? Sound off in the comments below.