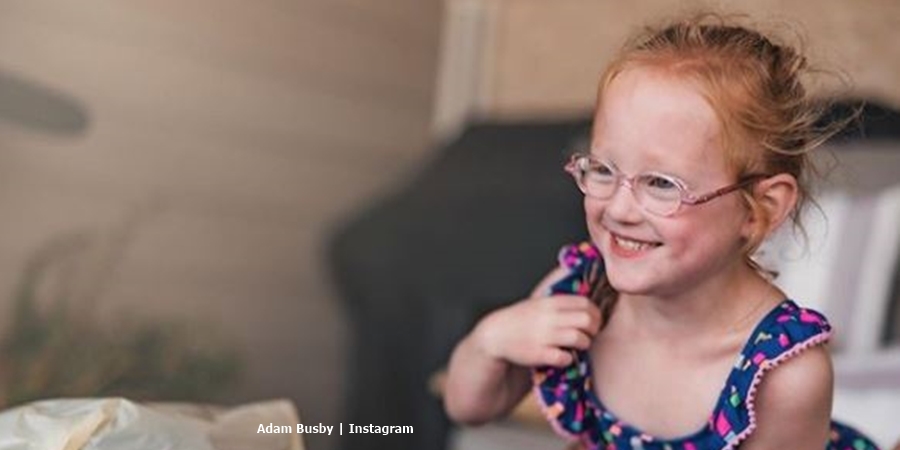 OutDaughtered fans heard in August that the quint Hazel went for a standard eye checkup. Since then she went back for new lenses. And now, she’s back again. Adam Busby shared about it on his Instagram Friday. So, is it something fans should worry about?

We reported that in August, “Hazel Busby took a trip to the eye doctor with both of her parents.” Fans feared more surgery for the cute little redhead. But, it turned out “just a standard check-up.” Later, fans saw that after her appointment, she tucked into a bowl of her favorite chili. In September, Hazel returned to the eye specialist. And once again, TLC fans talked about the possibility of surgery.

The September visit by the OutDaughtered quint brought no earth-shattering bad news. On that visit, Hazel got some new lenses in her eyeglasses. And, on her Instagram, Danielle Busby noted that the new lenses are “just a minor adjustment.” So, it looks all good for Hazel. But now, Adam talked about a further visit to the eye specialist. So, fans ask how Hazel’s doing. Recall, that at the age of just one, Hazel underwent eye surgery for her nystagmus.

Adam Busby reveals another visit to the eye doctor for Hazel

Adam shared a photo of all the kids, but notably, Hazel wasn’t there. Tagging it as “Austin, Texas,” the girls stood in the beautiful countryside. And, Adam told his fans that “they were pumped to see some fall leaves!” Actually, these days Adam and Danielle often split up the kids. And this time Adam added the hashtag #divideandconquer.”

Naturally, OutDaughtered fans asked about Hazel. But, he never replied. However, in his caption, he also noted, “mommy took Hazel to her eye follow up.” Anxious fans probably need not worry too much, After all, recently the doctor changed her lenses. So, maybe this comes as a routine follow-up to see how she’s doing with them. Plus if little Hazel needs surgery, possibly TLC covers that. So, Adam can’t give out spoilers if that happens. Hopefully, it won’t happen though. 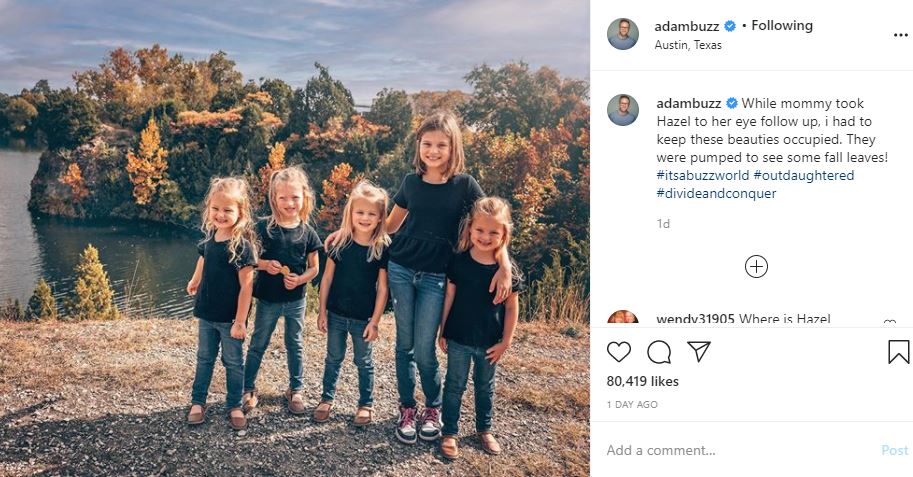 Hazel picks flowers for her mom

Over on her Instagram, Danielle never mentioned the outcome of the eye checkup. But, she shared that her sweet daughter picked her some flowers. And, Danielle wore one of them in her hair. She captioned that Story with, “Sweet Hazel! Picking flowers for me!!” Later, she posted a photo that revealed they visited the San Antonio Riverwalk. And again, when TLC fans asked about Hazel’s eyes, she never replied. So, probably, it’s not a scary outcome. 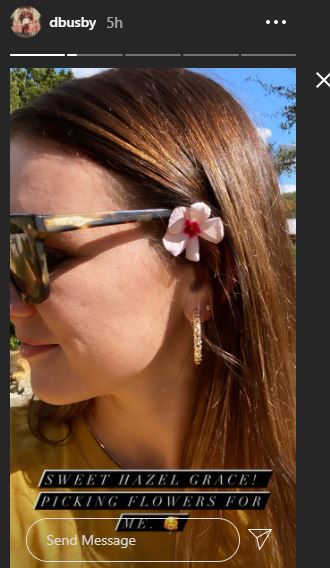 Looking at all the happy faces on the OutDaughtered parents’ accounts, it seems that for now, Hazel’s eye checkup probably isn’t too serious.