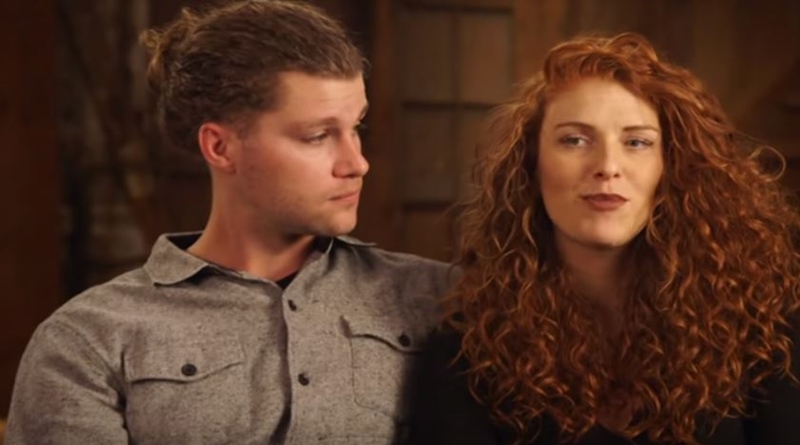 Audrey Roloff shared an inspiring post and quotes about empathy and being Christlike. And, she hinted that it referred to the difficult times as people deal with COVID-19 and election delays. But, some fans slammed her for it because of her husband Jeremy who seems very non-Christlike as a pro-Trump supporter.

On Friday, Audrey shared a beautiful post. The photo revealed Jeremy, Audrey, and the kids in a field looking picture-perfect. Them Audrey wrote a very long caption. She started off by saying, “If you too feel overwhelmed by the media and by this space in which you are currently scrolling…I would encourage you to stop.” And, that sounds like very good advice. Then, she added, “Take a moment to pause and let these words sink in or perhaps read them as a prayer.”

Well, the quote that the Little People, Big World alum shared talked about tolerance and empathy. She wrote, “May the stories I partake of, and the ways in which I engage with them, make me, in the end, a more empathetic Christ-bearer.” She talked about compassion, grace, and “the hopes and fears and failings of my fellow humans.” Much more followed in a similar vein. And, some fans of Audrey Roloff took exception. 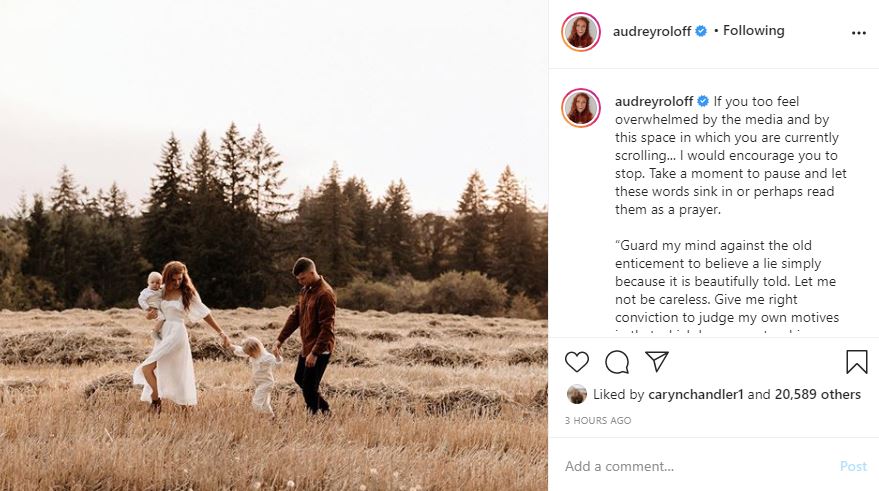 In the comments section of Audrey’s post, LPBW fans grew angry. And, some of them thought her message very hypocritical. One person wrote, “Hmmm. Perhaps you should share this with your husband. He has been retweeting several things that were definitely not empathetic, compassionate or loving.”

Another fan agreed, and they talked about “American Christians behaving in a “hateful way this election.” The unhappy TLC fan noted that she hopes for their sake that God treats them better than they treat other people. Hopping onto Twitter, it becomes clear why Audrey Roloff fans slam Jeremy. And sadly, he looks rather less than empathetic over there.

On Twitter, Jeremy rather more often comments on other tweets. But what comes over seems very pro-Trump and a bit intolerant. One tweet read, “Not all Democrats are looters and rioters but all looters and rioters are Democrats.” And, Jeremy responded by saying, “interesting lil truth ain’t it.”

One fan replied to a tweet by Jeremy, saying, “No, I don’t like that you’ve openly started supporting a man who thinks I should have less rights because I am a woman and a member of the LGBT+ community. I don’t like that you can support a man who knowingly downplayed COVID and as a result, 230k Americans have died.”

But, Jeremy just said, “Again, very interesting. Many see Trump as being very pro LGBT and pro freedom – the ability to do what you want.”

Audrey Roloff and her husband don’t come over as total trolls. But, some of their fans think that Jeremy shows little empathy with opposing views. What are your thoughts? Sound off in the comments below.