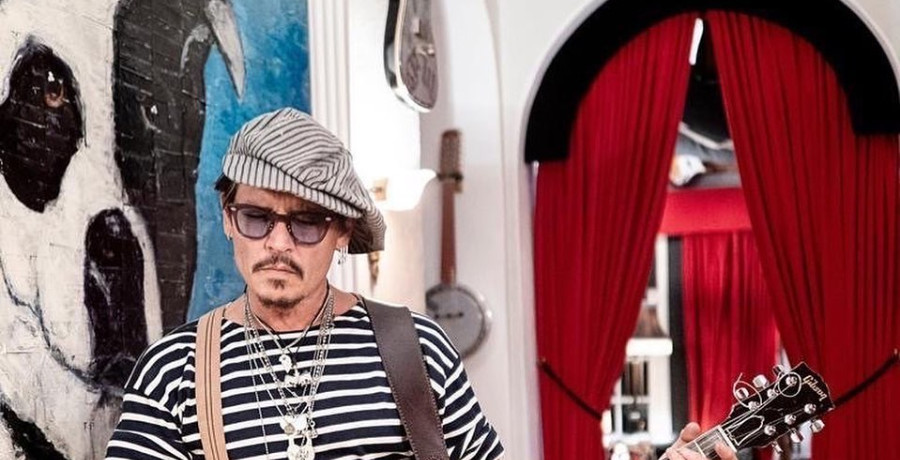 Arguably one of the most recognized names in Hollywood, Johnny Depp has had a legendary career. He brought to life some of the most amazing characters in modern cinematic history. His roles include Edward Scissorhands, Gilbert Grape, Sweeney Todd, and Captain Jack Sparrow, to name a few.

The most recent character Depp has created on the silver screen for captivated audiences is the mysterious villain of the Harry Potter prequel series Fantastic Beasts and Where to Find Them, Gilbert Grindelwald.

Gilbert Grindelwald was the original Dark Wizard, and he was one of the strongest wizards of all time. His powers fell short only to Lord Voldemort and Albus Dumbledore, who defeated Grindelwald in single combat prior to the Harry Potter series and ended the first Wizarding War. The prequel series, Fantastic Beasts delves into the history of the wizarding world and sheds light on the legendary characters mentioned in the beloved series.

When the first movie of the prequel series aired in November of 2016, it upset some fans to discover that Johnny Depp would portray Grindelwald. Fans of the franchise were outraged because of abuse allegations made against Depp by his ex-wife Amber Heard.

Heard and Depp divorced in August of 2016. However, prior to the finalization of the divorce; photos of Heard with bruises on her face went public. Depp and Heard have since been in ongoing and contentious legal battles as to who was the victim of abuse in the relationship. Evidence presented by Depp’s lawyers includes video footage showing Heard without bruises during the days before she filed her lawsuit. Further evidence includes multiple witness statements supporting Depp. Audio recordings have also come to light that has Heard allegedly admitting to abusing Depp.

Depp posted on November 6 that Warner Bros. asked him to resign from his role as Grindelwald in the third installment of The Fantastic Beasts and Where to Find Them franchise.

This decision came only after he lost his lawsuit against The Sun. The London newspaper published an article from 2018 which alleged Depp was a “wife-beater,” and Depp sued the paper for libel.

Depp states that he honored the request of Warner Bros. and has resigned his role. Warner Bros. will recast the role of Gilbert Grindelwald for the third installment of the series. Fantastic Beasts and Where to Find Them 3 had a release date in November of 2021. However, now the movie will be released in the summer of 2022.

Warner Bros. confirmed the news by issuing the statement, “Johnny Depp will depart the Fantastic Beasts franchise. We thank Johnny for his work on the films to date.”

Depp stated that the support he received during this time has “humbled” him. Depp closed by saying: “My resolve remains strong and I intend to prove that the allegations against me are false. My life and career will not be defined by this moment in time.”

‘I Am Shauna Rae’ Star Went To OB-GYN, Can She Carry A Baby?
‘Netflix’: Powerhouses Come Together For Series ‘The Diplomat’
Tori Roloff Reveals Jackson & Lilah’s Latest Moves Have Her Feeling Emotional
Will Hallmark Make ‘A Timeless Christmas,’ Or ‘Christmas At The Plaza’ Sequels?
Tayshia Adams Says Goodbye ‘For A Little While’