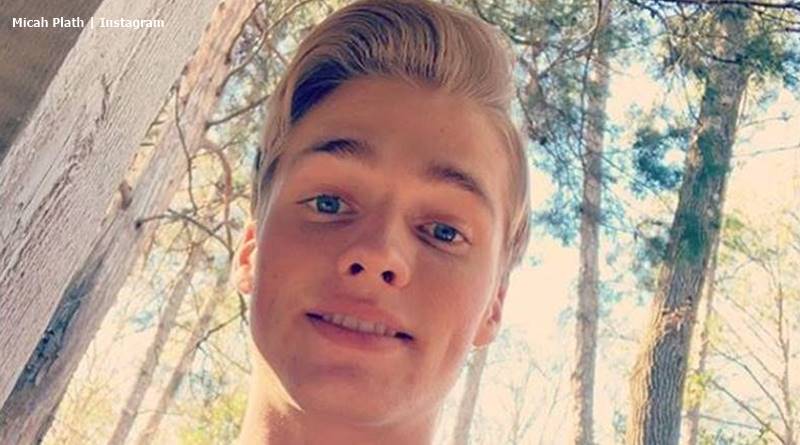 Welcome to Plathville fans await season 2 of the TLC show. And, it arrives on November 10. Teasers reveal that Micah and his sister Moriah make their escape from Kim and Barry Plath’s very restrictive home. Micah models these days, and fans think he might become the next Brad Pitt. And, Moriah holds down two jobs. Now, Micah revealed that he and his sister share a common love for motorcycles.

We reported on October 17, that Moriah found herself a boyfriend. And, he rides a motorcycle. A teaser on Instagram revealed “Moriah hopping onto a motorbike with a guy, who tells her to hold onto him.” Then, she confided to the cameras that her parents would probably hate that she rides on Motorcycles. Nevertheless, that won’t stop her. And she added, “take me away on a motorcycle.”

Well, it turns out that Welcome to Plathville star Micah also loves motorcycles. Mostly, he loves the feeling of freedom he feels when riding on them. That these two young adults yearn for freedom seems understandable After all, they grew up without technology, sweet treats and fun outside of their family and church community. The List reminds readers that Barry Plath said, “We’ve structured our lifestyle here so that we can retreat to our piece of heaven on earth.”

Micah buys his own bike

Micah posted up four photos of him dressed in leathers alongside, or on his bike. In his caption, he said, “Hey guys, hope everyone had an amazing October.” Then, he talked about the “holiday season.” But, the reason for his post focused on his new motorcycle.  He said, “I just wanted to hop on here and tell y’all that I’m officially a motorcycle owner!!😁”

Apparently, Micah always wanted one, since he was a little boy. And, as his life expands, he thought he may as well buy one now, rather than later. He noted, “There’s nothing comparable to riding on a beautiful evening!!” No doubt, his Welcome to Plathville parents hate the idea of him riding bikes just as much as they hated Moriah riding on one. Of course, fans love that both these kids find some freedom. 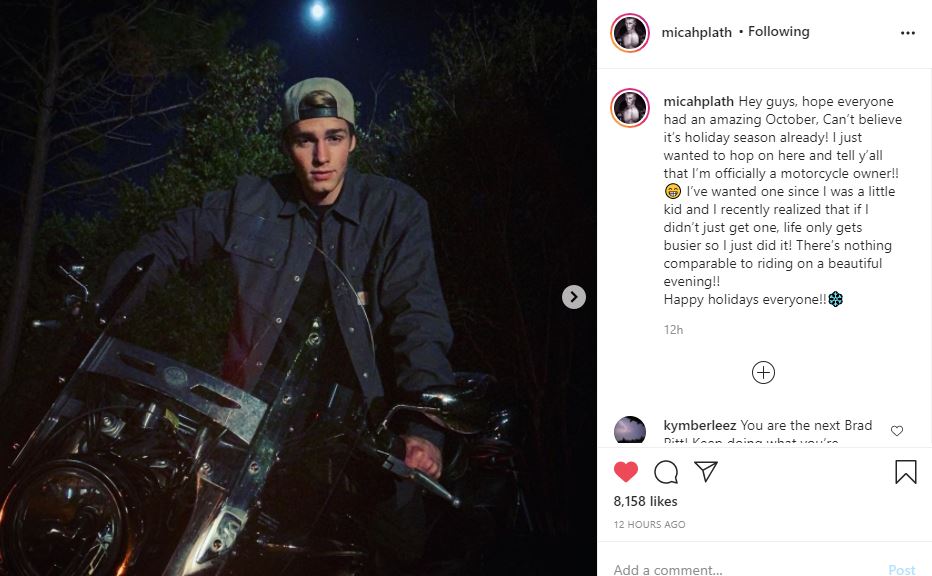 One fan commented, “So so excited to see you, Moriah, Ethan, oliva all living your authentic life. No one can hide you away and save you from all the bad stuff in the world. As parents we can empower you with knowledge and tools to make good choices.” And, another one noted, “And you look amazing on it … keep doing what your [sic] doing .. you only get better.😍”

What do you think about both Welcome to Palthville stars Micah and Moriah finding so much joy riding on motorcycles? Sound off in the comments below.